Residents of Kutol are building a modern mini-football pitch in their village, which will allow local schoolchildren and youth to develop, unite residents and help them keep fit.

Rural Development Assistance Foundation was established in Kutol more than a year ago on the initiative of a native of the village Demur Kakaliya. The residents of the village Avtandil Shengeliya, John Tapagua and Gennady Tsulaya also became co-founders of the foundation.

Gennady Tsulaya at the same time is the chairman of the Local branch of the World Abaza Congress in Kutol. 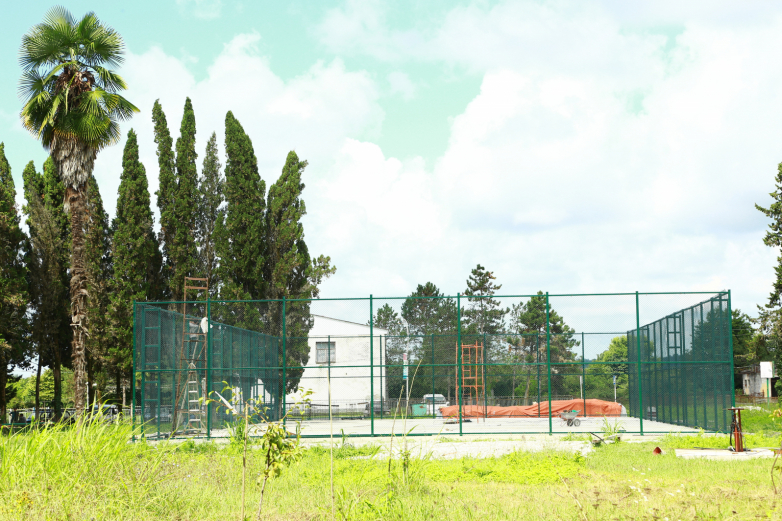 He said that the idea of ​​building a football pitch came to the residents of Kutol long ago, but its implementation had to be postponed due to lack of funds.

“There are many children in the village, many young footballers, there are already experienced athletes who took part in the Abkhazian Football Championships in different years. In general, there has always been an interest in football among the population, so we have long ago decided for ourselves that it is necessary to build a mini-football pitch,” explained Gennady Tsulaya.

He said that at the beginning of this year, the chairman of the Kutol village Development Foundation, Demur Kakaliya, took part in seeking funding for a grant, which was raffled off by one of the international organizations working in Abkhazia.

“The idea of ​​building a mini-football pitch was approved, and already in February this year we received money and started construction,” Tsulaya said.

According to him, the amount received (20 thousand dollars - ed.) was still not enough for the construction of a modern pitch, then “the villagers themselves decided to contribute.”

He added that to complete the construction, 350 thousand rubles are still needed. 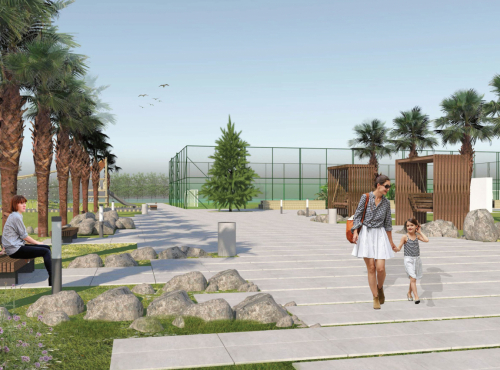 With special pride, the chairman of the local council of the WAC said that a significant part of the work is done by the villagers themselves.

“When they found out, they immediately responded; cleaned, cut, painted. As it turned out, local residents became both craftsmen and sponsors,” he added.

Co-founder of the Kutol village Development Assistance Foundation, physical education teacher at the local secondary school, and village football coach Avtandil Shengeliya confirmed that there has always been a great interest in football among Kutol residents. According to him, many children want to be in this sport professionally. So, in Kutol today there are three football groups of 15 people.

“There are many young people, children, thank God, they are growing up and want to go in for sports. With the appearance of the stadium, the outflow of people from the village to the city will reduce. Of course, the development of the village will be at the proper level. It is very important that such facilities are built in every village. We have three villages nearby;  Dzhgerda, Tamysh, Labra. Residents of all these villages will be happy to come here and play sports,” the coach suggested. 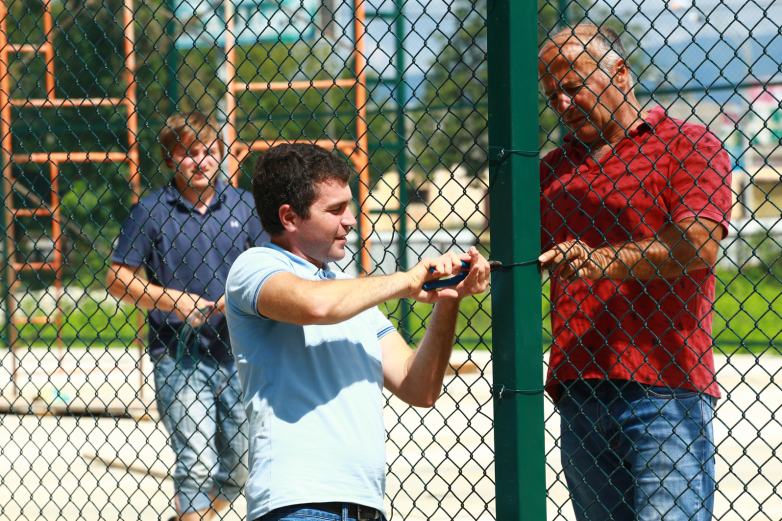 The head of the Kutol administration, Vakhtang Kvaratskheliya, in turn, said that the villagers accepted the idea of ​​building a pitch with great joy.

“Today in the village we have no Cultural Centre, no kindergarten. The construction of a mini-football pitch is a great event that makes us very happy. Sport unites both our youth and older people, who will also definitely come here. We are very happy, thanks to those who helped us”, thanked Kvaratskheliya.

One of the villagers, Givi Tsvinariya, believes that the construction of sports grounds directly affects the upbringing of the younger generation.

“This is joy and inspiration for young people. This is directly related to their upbringing, lays the foundation for their future,” he said. 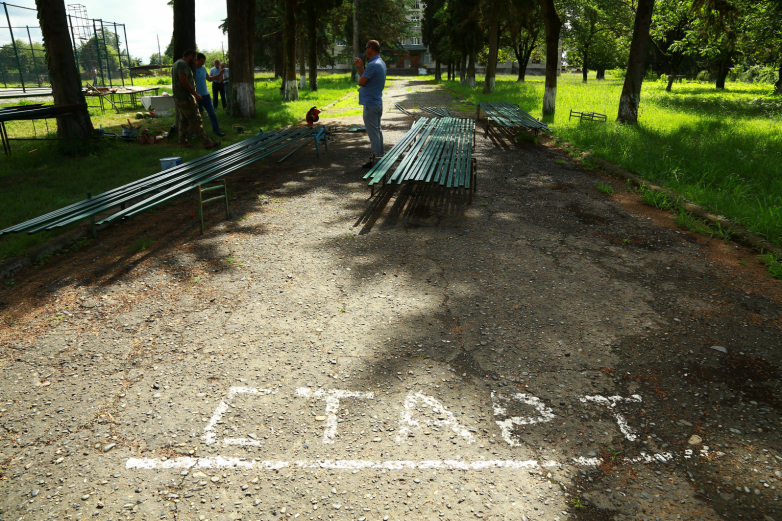 The construction of a mini-football pitch, if finances and circumstances permit, is scheduled to be completed by mid-September this year. If these plans come true, the villagers and guests will see a bright opening of the sports facility, the initiators of the project assured.

To date, all funds - both grants and those raised by residents of the village of Kutol - are still not enough to complete the construction. At least another 350 thousand are needed.

Monument to Atara village natives who died during the PWPA was opened in their native village
Results of the week: from 20 to 27 September 454 cases of COVID-19 infection were detected in Abkhazia
Delight and happiness: the Khuntzaria Orchestra gave the audience many warm feelings

All the colors of the world: video history of the Pyv pass valley
Delight and happiness: the Khuntzaria Orchestra gave the audience many warm feelings
From 71 to 80: We speak Abkhazian / We speak Abaza
Results of the week: from 13 to 20 September 299 cases of COVID-19 infection were detected in Abkhazia
All publications