Activists of the village of Azyubzha, with the support of the World Abaza Congress, will continue to refine the local park.

Local residents, with the support of the World Abaza Congress, will restore the Dmitry Gulia Park in the village of Adzyubzha. The park was built back in 1974. For a long period, until recently, it remained abandoned. 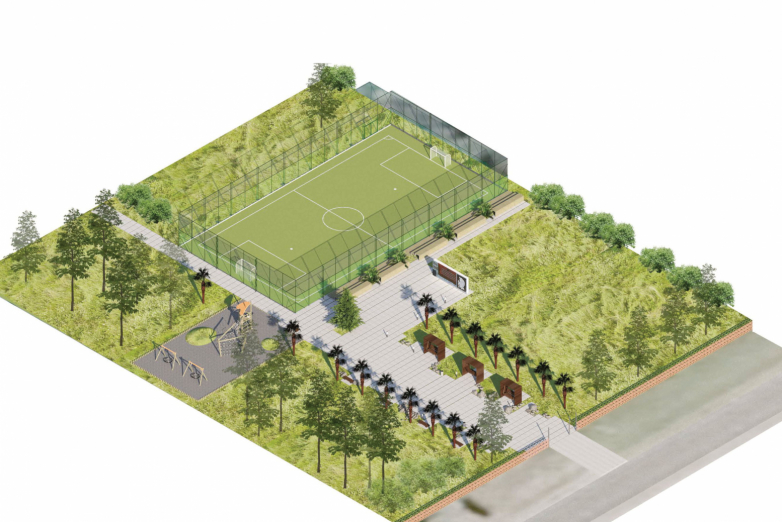 The representative of the village’s asset, the chairman of the local branch of the WAC in Adzyubzha, Alkhas Katsia, said that the park has been restored for several years at the expense of the “Adzyubzha” foundation, which was created in 2014. The activists of the village became members of the foundation, entrepreneurs and teachers. The main activity of “Adzyubzha” is the development of social infrastructure, the popularization of sports and the involvement of youth in sports, in general - the creation of a sports environment in the village, the development of sports potential. Katsia clarified that the foundation exists through annual donations from its members. 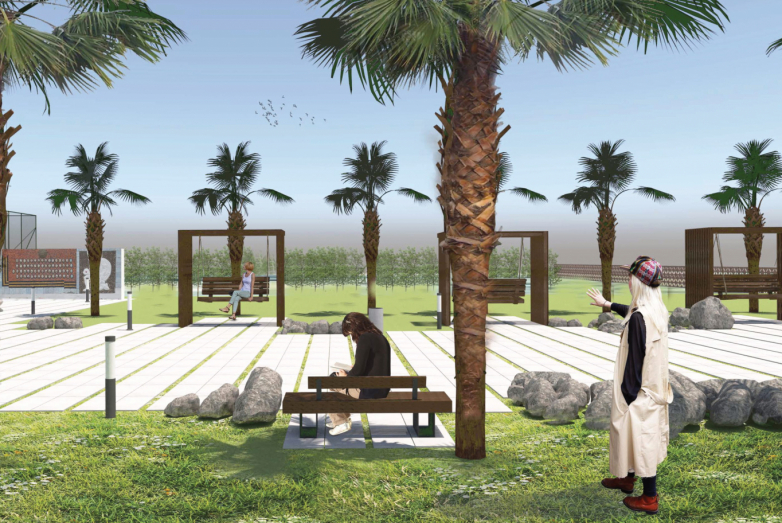 “Thanks to the foundation, with the help of the youth of the village, lighting was installed in the park and a volleyball court was created. At the end of 2017, we began to implement our main task - the construction of a mini-soccer sports ground. By the end of 2019, the mini-field was ready. It is called in the name of the Honored Master of Sports of the USSR, our fellow villager Vladimir Marganiya,” said the activist.

He recalled that in 2019, the Local Branch of the World Abaza Congress was opened in the village.  Upon learning that the “Adzyubzha” foundation plans to further improve the park, representatives of the Congress offered assistance to the villagers.

“WAC provided us with a project - a concept for landscaping the park. We look forward to further support of the Congress in the implementation of our ideas. In 2020, we plan to build a modern playground. We want to create a park with comfortable recreation areas, high-quality sports infrastructure and modern design,” summed up Alkhas Katsia. 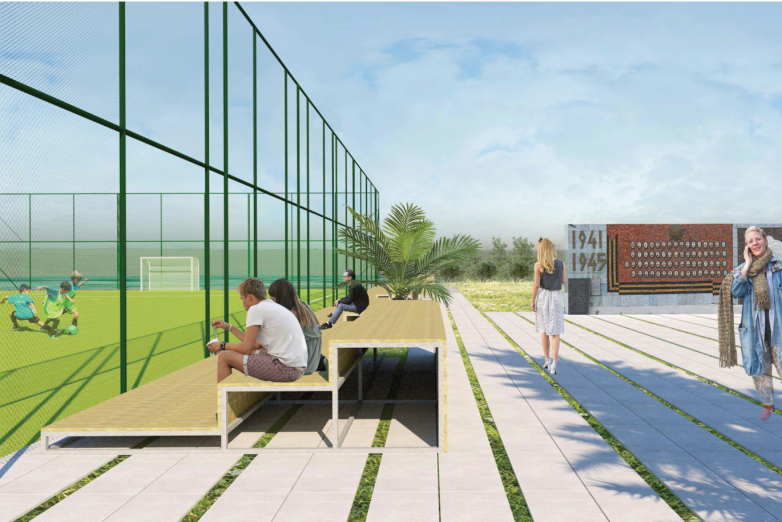 The project of the park was created by compatriot Naala Lomiya (daughter of the famous Abkhaz poet and political figure Gennady Alamia, who has been General Secretary of the IAAAP (now the WAC) for more than 15 years - ed.), who lives and works in Moscow.

“I learned from Geta Ardzinba (the head of the Women's Councils of the WAC - ed.) that the residents of the village of Adzyubzha would like to create a square where they could spend their leisure time. She asked to share my vision to solve this problem. I agreed to take on the project at no cost - for several reasons. Firstly, I am pleased to have a hand in improving my country, albeit so far on a tiny scale. Secondly, speaking objectively, the concepts of territorial development are about large amounts, Abkhaz clients are not always ready for such amounts. Therefore, in this case, thoughts about money did not even arise,” said the designer.

When forming the idea, the author of the project, according to her, intentionally left the usual standards.

“The idea came up of uneven edges [territories] and grass that grows between paving tiles, creating a permeable structure. The tiles seem to “dissolve” in the green. Another important point is the use of natural materials and natural shades,” said Lomia.

According to the project, even the playground is devoid of bright colors. The author explained why.

“Contrary to popular belief that children love vibrant colors, this is completely wrong. Natural materials are useful for children, both in playground equipment and in paving. Therefore, I did not lay anything plastic and bright,” the designer added. 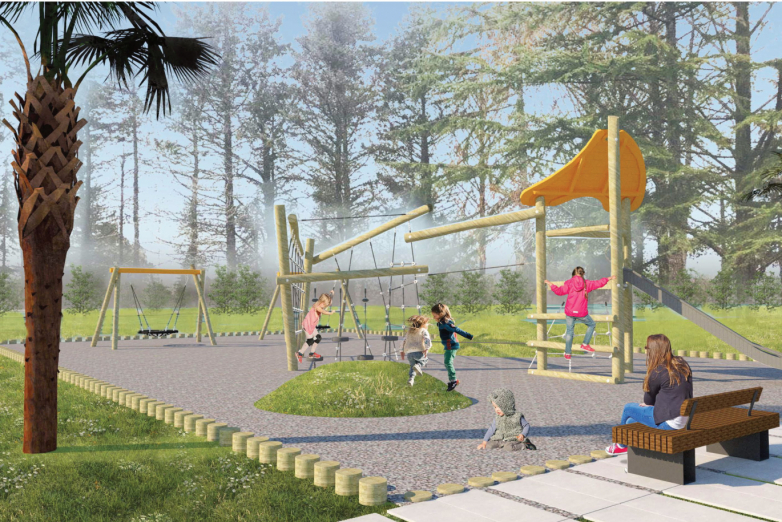 She also noticed that the so-called small forms in the park - benches, arbors and the like - will be “very simple so that local craftsmen could make them.”

The local branch of the World Abaza Congress in the village of Azyubzha was opened in the winter of 2019.  Since then, the Congress has been working closely with the villagers.