The local branch of the WAC in the New District of Sukhum initiated and organized the landing of an alley in memory of the people of Abkhazia, originating from this district, who died in the Patriotic War.

An alley of 45 maples in memory of the people of Abkhazia who died in the Patriotic War was landed by residents of the New District of Sukhum at the initiative of the Local branch of the WAC on Friday, April 2.

Participants of the activity began to gather in the central park of the New District in the early morning, despite a light rain. Local residents prepared holes for further tree planting, and in the evening started planting maples. 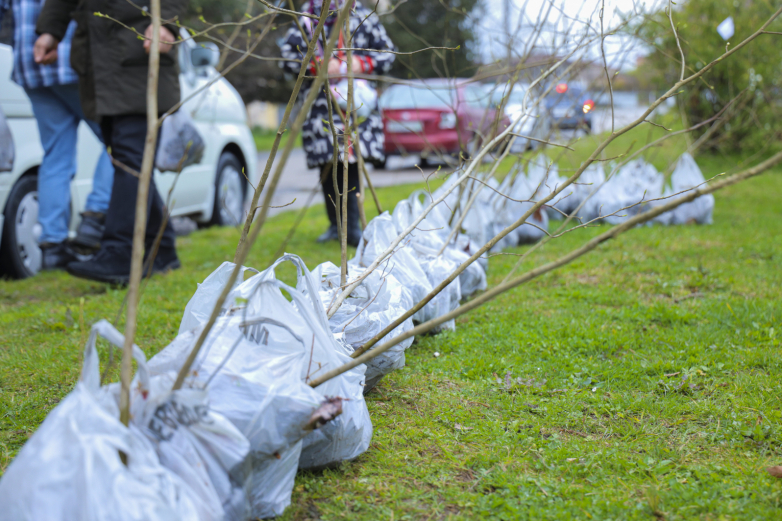 The head of the Women's Councils of the WAC, Geta Ardzinba, said that the idea of ​​planting an alley in memory of those perished during the PWPA, who lived in the New District of Sukhum, arose among the activists of the Congress long time ago. However, until now, there was no Local branch in the New District, but recently it was established, and, accordingly, there appeared "a driving force that could implement this idea."

"It was this month that a Local branch was opened in the New District, headed by Ilona Adleyba.  Relying on this active cell, despite the weather conditions, we have planted 45 maples in a straight and beautiful line at an accelerated pace, which will identify our bow, our gratitude to those people who laid down their lives for peace here today, for children to have a chance to play," said Geta Ardzinba.

The head of the Women's Councils expressed hope that local residents will not leave the alley of young trees without care and will take care of it.

"Comprehensive support is provided by the House Management of the New District, the Municipal Administration, the Plants Department represented by Gocha Dzhindzholia, but we also would like local residents to come here and hold subbotniks, water the trees," said Ardzinba.

She also noted that the action will continue this fall: the WAC will continue planting trees in the district park (at the first stage, the alley was planted only on one side of the park - ed.). 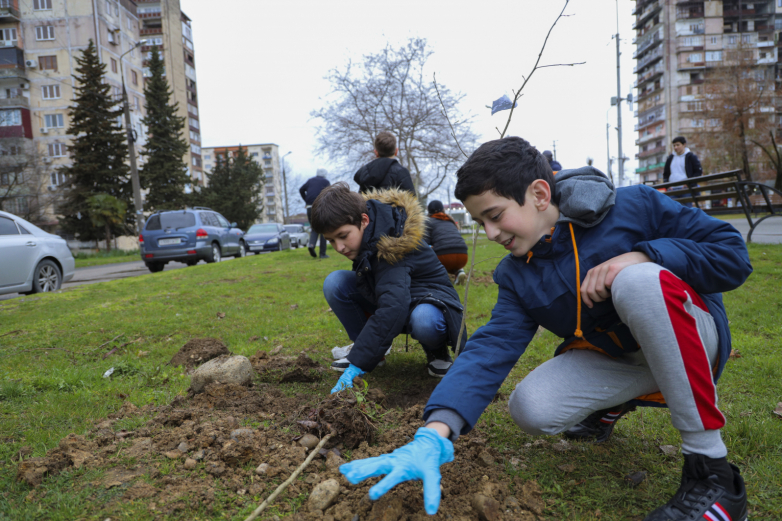 Before the action, the head of the local branch of the WAC of the New District, Ilona Adleyba, expressed fears that due to a weekday, few local residents would come, but on the very day of planting the trees, it became clear that the worries were in vain: residents actively supported the initiative of the WAC.

"There is a monument to the people of Abkhazia who died in the Patriotic War in the park, and the alley will harmoniously complement it. This is a very correct and necessary action, especially for young people, who should know and remember the heroes who laid down their lives for the freedom of the Motherland," said Adleyba.

A member of the newly created Local branch of the WAC, a resident of the New District, Alan Pipia, drew attention to the fact that the families of the dead soldiers directly took part in planting trees. According to him, such actions are especially important for them.

"We are confident that local residents will continue to support the action by looking after the alley.  We (the local branch of the WAC of the New District - ed.), for our part, will also often come here, take care of the alley, perhaps we will hold various commemorative events here," the young man said. 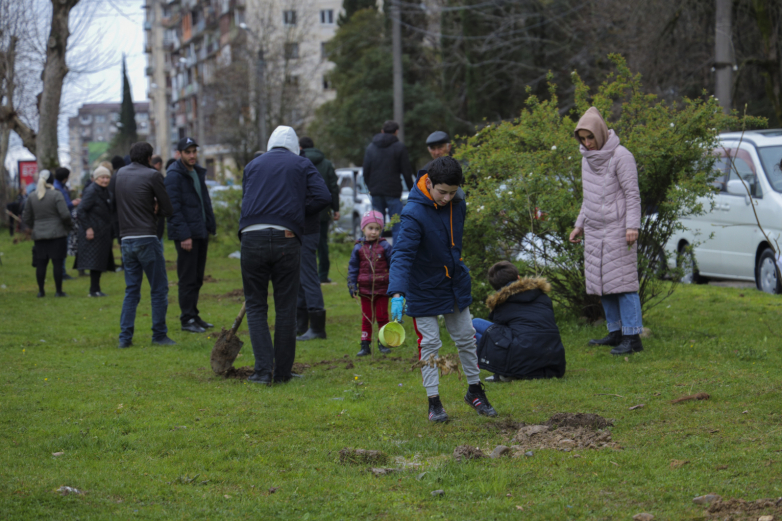 Yulia Zhvania is the widow of one of the soldiers who died during the Patriotic War of the people of Abkhazia, Vadim Rekvava. She expressed her gratitude to the organizers of the action.

"Thank you so much. We are very glad that the memory of the victims is still alive. Thank you for remembering them. We are glad to support such an action," said Yulia Zhvania. 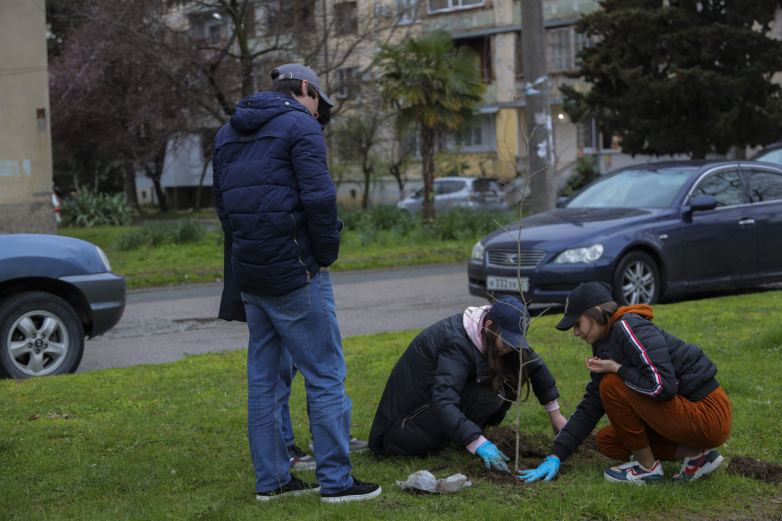