The WAC and the public organization "AMCh" will show children from Abkhazian villages the historically significant sights of Abkhazia.

The World Abaza Congress and the public organization "AMCh" launched a joint project "Ашьҭра" (means "origin" in Abkhazian - ed.), within which excursions to the historical places of Abkhazia will be held for children from rural schools.

The head of the Women's Councils of the WAC, Geta Ardzinba, said that the idea of ​​the project belongs to the Chairman of the public organization "AMCh" Alisa Pachalia, who is a member of the Youth Council of the Congress. For the Congress itself, the "Ашьҭра" project is in many respects "intensifying interaction with local councils of the WAC in the villages of Abkhazia": due to the quarantine measures in force in the Republic during the coronavirus pandemic, the active work of local councils had to be suspended.

"The project will involve children from the villages of Ochamchira and Gudauta districts. We will also carry out this project with those local councils that have not yet been involved in any of our projects," said Geta Ardzinba.

She said that the project began with an excursion to Novy Afon, in particular, to the Anakopia fortress (a defensive structure of the 7th century, located on Mount Anakopia - ed.). The first excursion was attended by children from Dranda Secondary School. 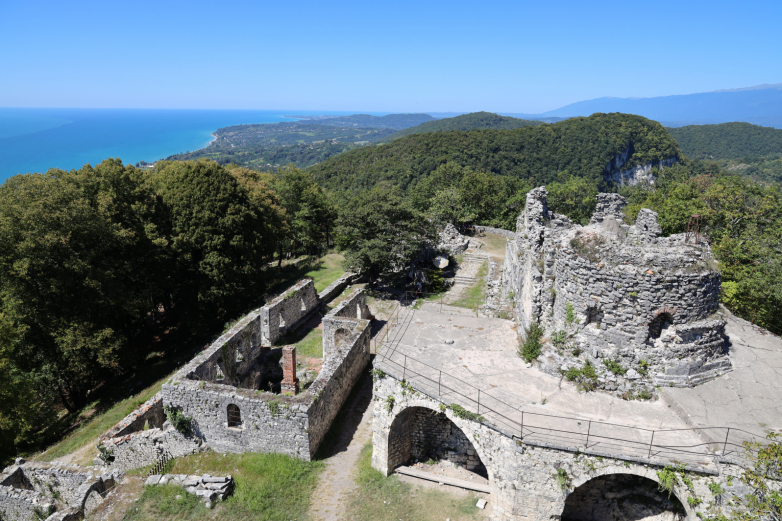 During the trips, schoolchildren are offered a nutritious breakfast, and at the end of the excursions, an outdoor picnic is arranged. In addition to visiting historical sites, the program includes national Abkhazian games, which children play during their holidays.

"An instructor travels with us, who talks about the rules of national games, then children play with great pleasure," explained the head of the WAC Women's Councils.

Alisa Pachalia, in turn, said that the "AMCh" organization had previously implemented a similar project with the financial support of the Sukhum Center for the Development of Civil Society, and this time it addressed the WAC.

"Unfortunately, we cannot carry out such events on our own, and we addressed the WAC. The idea was approved and, after some adaptation, we started to implement it. Of course, the main burden fell on the Congress, but from our side we are also trying to provide all possible assistance," Pachalia said.

In her opinion, excursion trips, joint games, the beauty of nature and architectural monuments together help "to strengthen the educational moment and to introduce children to the history and culture of Abkhazia."

The project was supported by the Abkhazian travel company "Apsua Tour", whose staff will conduct excursions for children. In particular, the already held tour around Novy Afon and the Anakopia fortress for schoolchildren from Dranda was given by Sandro Pachulia.

"We could not help but support this idea. When organizing tours for guests of Abkhazia, we must conduct tours for our citizens, especially for children, and, even more, show historically important places, tell about our great history. This is a manifestation of patriotism, and our organization is one of those who always finds an opportunity to support such ideas," said an employee of "Apsua Tour".

He shared his impression of working with children: the schoolchildren listened with great attention to all the material of the tour.

"Children go through all this as part of the school curriculum and when they have the opportunity to hear the story from the very place where the events unfolded, the material is perceived with great interest and is better remembered," says Sandro Pachulia. 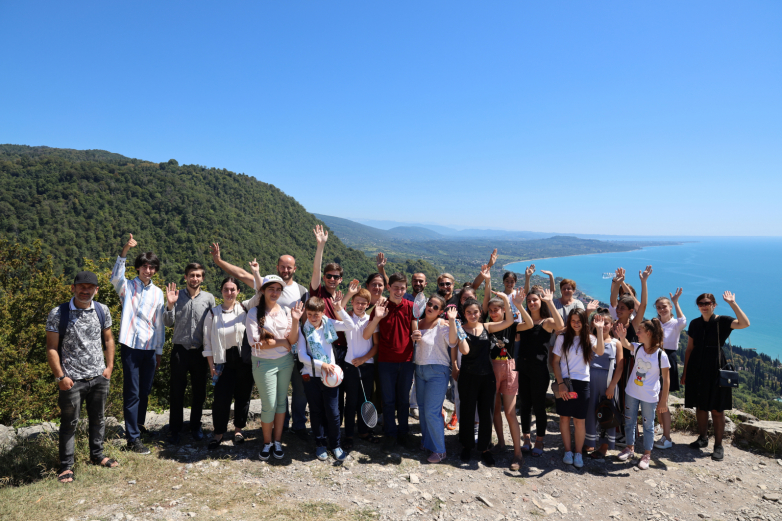 The tour of Novy Afon and Anakopia fortress for schoolchildren from Dranda,
© WAC / Ilona Khvartskiya

The head of the Local Council of the WAC in Dranda, director of the Dranda school Mzia Tsvizhba noted that such events should be held "as often as possible", as they form the right attitude towards the Motherland and its heritage.

The teacher said that many children, her wards, visited the Anakopia fortress for the first time, and the memories of this tour should remain with them for a long time.

"Thank you to all the organizers of this project. This is a very important and necessary matter, the children liked everything very much, they are so happy," the school director thanked.

Bagrat Tarba is 15 years old. He is one of those teenagers who were born and live in Abkhazia, but have never been to the Anakopia fortress. During the trip, Bagrat himself decided to share his emotions with the WAC correspondent.

"It is mesmerizingly beautiful here. I listened with great interest to everything that the guide told us.  Thank you very much to the World Abaza Congress for this opportunity - to be here," said the boy.

"After the tour we had a picnic in the meadow. There we played games, including national ones. I really liked it!" shared Olesya.

Another schoolgirl, Astanda Adleyba, listened to the excursion program very attentively all the way, smiled, enjoying the trip. Later she explained that she tried to remember everything that the guide said.

"It was interesting and informative. This is one of the best days of my life!" confessed Astanda.

The "Ашьҭра" project will be held in six stages. Within each stage, an educational and exciting tour will be organized for children from different villages of Abkhazia. The project will end on September 12.