Amina Abaza from Egypt: when Abaza is in need, the whole “family” stands beside

The WAC infoportal continues to publish stories of representatives of the Abkhaz-Abaza ethnic group from different parts of the world. This story is about the founder and president of the Society for the Protection of Animal Rights in Egypt, Amina Abaza.

Founder and president of the Society for the Protection of Animal Rights in Egypt S.P.A.R.E. Amina Abaza, an Abkhaz by birth, was born in Cairo. She is now 64 years old, and she has devoted most of her life to protecting animals. In addition, our compatriot from Egypt worked on Egyptian radio and television, was the main translator from the French language.

Her father also worked in the field of journalism. Amina Abaza says that he was “a very courageous man,” criticized politicians if he did not agree with them.

“He wrote very bold articles. Telling about my father would take a lot of time,” says Amina.

All ethnic Abkhaz and Abaza of Egypt belong to the same Abaza family and officially bear the same surname - Abaza. Amina Abaza says that the Egyptian Abaza family is very friendly; its members try to keep in touch with each other as much as possible.

“Most of us are similar to each other: tall, white (with fair skin - ed.), beautiful and proud. We are like many of you. Most of us are very brave people, helping each other and those in need,” says Amina about the “family”, which she is “very proud of” and repeats: “We are very proud. No one dares to affect our dignity.”

When people learn that somewhere, for example, an Abaza is working, everyone understands that they are wonderful employees who can be trusted and who work hard. 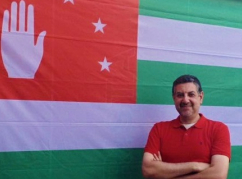 “Abaza will do everything possible for the cause precisely because they are Abaza. We want to save our face and our tradition,” explains the compatriot.

Amina enthusiastically talks about the traditions of the Abaza family in Egypt. Unfortunately, a lot has vanished in history, but the older generation remembers some customs well.

“My mother told me: when one of our relatives was dying, for forty days the family (the Abaza family, representatives of the diaspora - ed.) was there where people who had lost their loved one lived. Now everything is different, everyone has their own life, we cannot meet every day, but we see each other at weddings, see when someone is sick, dies, understand? In addition, of course, we have friends among representatives of the family name. When someone in the family needs something, we all stand next to him. When Abaza is in need, all Abaza stand beside,” said Amina Abaza. 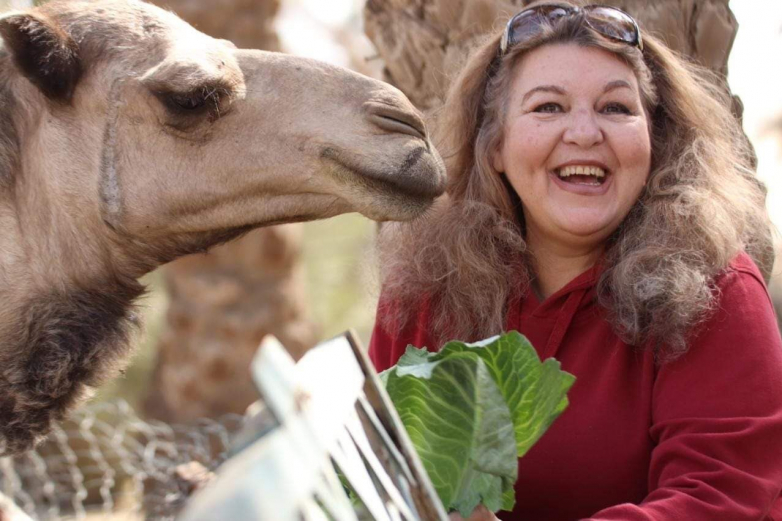 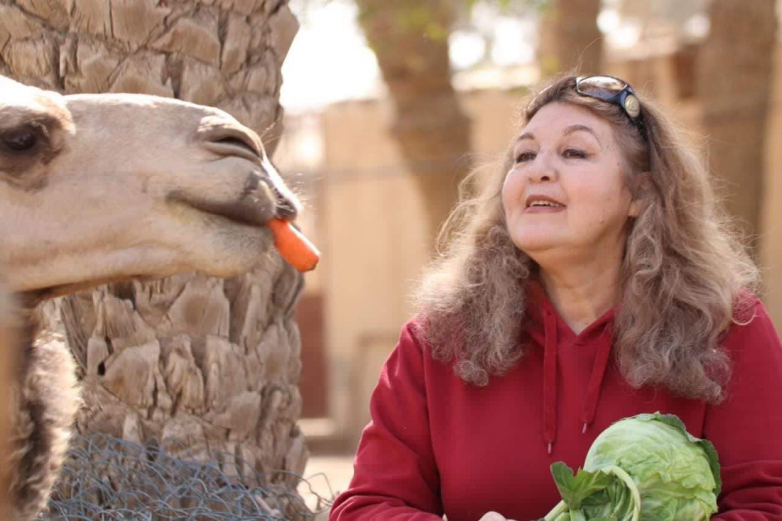 Love for animals as a matter of life

Today, Amina Abaza, as she herself tells, is passionate about her work and main passion - to protect animals.

For example, at the time of writing this essay, she and her lawyers were working on a lawsuit in a court that filed immediately against three Egyptian ministers - agriculture, environment and tourism.

“I am very upset about what is happening in Egypt (we are talking generally about the situation of animal insecurity on the part of state structures - ed.). I hate cruelty and violence, especially when it manifests itself in relation to weak creatures. In this case animals are the weak ones,” says the president of society.

Amina has a love of animals since childhood. As a very young girl, she could not pass by a pet, which was in a difficult position.

“I loved to feed them, play with them. Deep in my heart, I knew that someday I would do something for them. Once, city services killed a stray dog that I fed, which was meeting me, waiting for me for a school bus. I heard a pistol shooting at night, I heard my dog screaming terribly ... She had white hair and her name was La Plus Belle de la Terre (the most beautiful on earth - ed.). I was too young to do anything then. But from that day, she promised herself that when I grow up I will help the animals,” recalls Amina Abaza.

She together with her husband created the Society for the Protection of Animal Rights in Egypt (S.P.A.R.E.) in 2001.

“The terrible conditions in which animals are found in Egypt caused me depression. I saved animals, until my house turned into a zoo. However, of course, this was not enough. Then my husband, Rauf Mishriki, advised me to take action instead of crying all the time. He told me: “If you want to do something, do it right,” she adds. 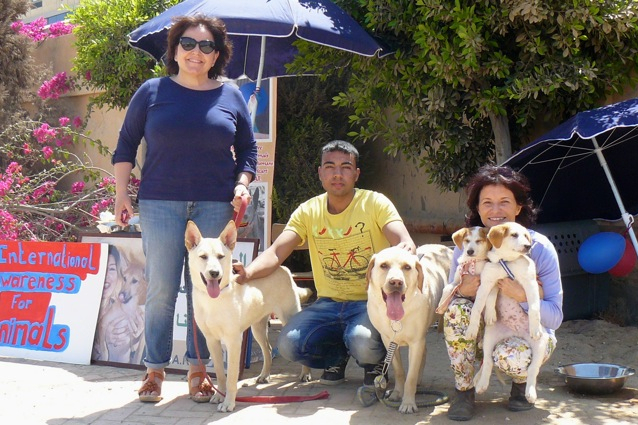 Employees of the Society for the Protection of Animal Rights in Egypt S.P.A.R.E.
© worldanimalday.org.uk

Most of Amina Abaza’s plans relate to animal rescue. It is a business that she considers her main mission.

“The matter of protecting animals is both my passion and my plans for the future, and I will make every effort to continue it until the last minutes of my life,” says Amina Abaza, and adds: “I feel happy when I save an animal, but at the same time I’m sad, thinking about other thousands of animals, which I had no chance to save and, undoubtedly, still suffer from this.”

Amina has never been to Abkhazia, but she keeps in touch with her historical Motherland via Twitter and Facebook.

“We must meet in order to learn more about each other and see if the [modern] Abkhaz have the same traditions, character, taste as we (the Abaza family in Egypt - ed.). It is very interesting. I have never been to my Homeland, but I know that this is a beautiful country with great people, warriors,” she said. 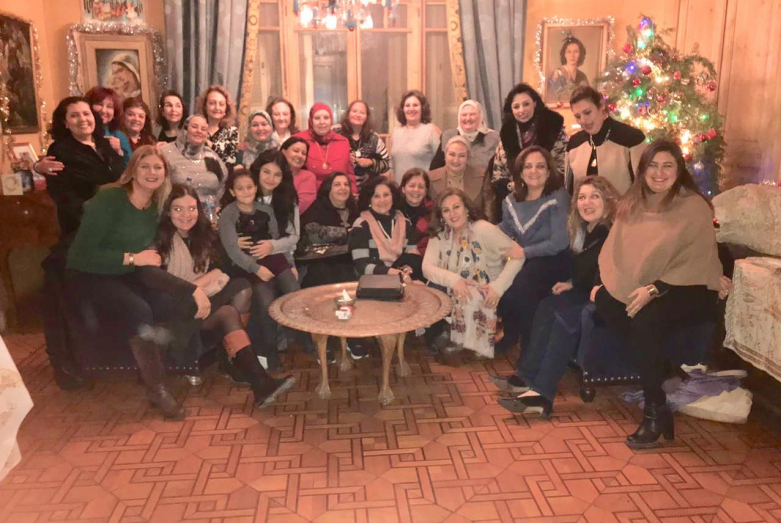 She is also confident that all representatives of the Abkhaz-Abaza Diaspora living around the world should promote the unification of the ethnic group.

“We all must try to do this in order to see: we have one foundation, one and the same character, we are alike and we behave the same. Moreover, it will be nice. In addition, mutual visits are very important. We can come to you, and you can come to us. Maybe three or four people every year. This should give a positive result,” concludes Amina Abaza.

The delegation of the World Abaza Congress paid a working visit to Egypt as part of the international activities of the organization in 2019. During the stay of members of the Congress, many important meetings were held, agreements were reached on cooperation with representatives of the Abaza clan in Egypt, with many of whom friendly relations are already established.