Ekzekov on the video of the "Amazara" project: about 30 thousand people have already watched the video

Mussa Ekzekov, Chairman of the Supreme Council of the World Abaza Congress, summed up the results of the initial stage of the project on the intangible heritage "Amazara".

The first video of the "Amazara" project, dedicated to the Abkhazian national dance, has already been watched by about 30 thousand people, the number of views is increasing. The Chairman of the Supreme Council of the World Abaza Congress Mussa Ekzekov told about this at the online meeting with the creators and participants of the video on Wednesday, November 11.

Only a small part of the people involved in the creation of the video gathered in the WAC press center: dancers of the "Kavkaz" and "Sharatyn" ensembles, director Timur Kvekveskiri, musician Timur Agrba, composer Anri Gumba. 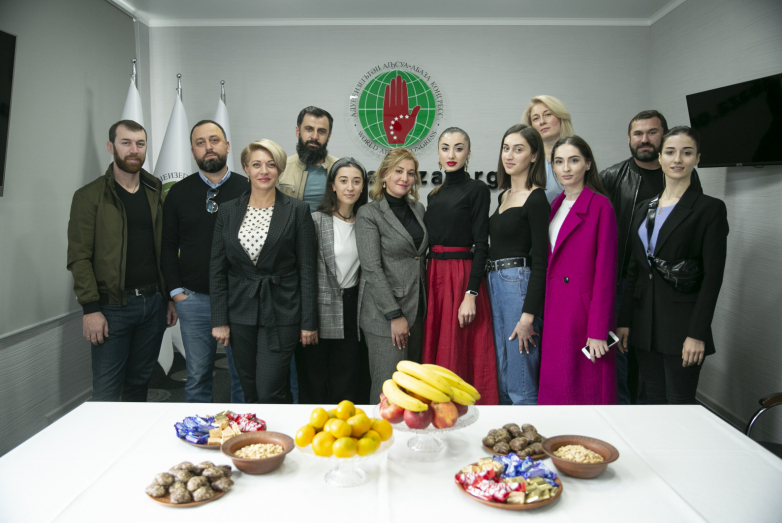 The head of the SC WAC expressed gratitude to everyone involved in the creation of the video about the dance, and noted that the "Amazara" project united around itself "a lot of talented and caring people."

"It is hard to convey in words the gratitude that I feel now. I become much richer when I see my brothers. I feel your energy, your emotions. Thanks to you, we have the opportunity to make sure that the whole world sees us (the Abkhaz-Abaza people - ed.). Thank you for hearing, feeling this idea. Our first video turned out to be amazingly beautiful and spectacular. People will see this amazing dance. The goal in this project is the following - to give all the best and show our culture.", said Ekzekov.

He noted that the WAC plans to continue working on creative projects and inviting the creators of the "Amazara" videos for cooperation.

THE FIRST VIDEO OF THE AMAZARA PROJECT IS AVAILABLE HERE >>

Let's think together.  Let's come up with the most incredible ideas that we will implement together.  We will inform every person around the world, we will tell everyone that we are one big family," suggested the Chairman of the WAC Armed Forces. 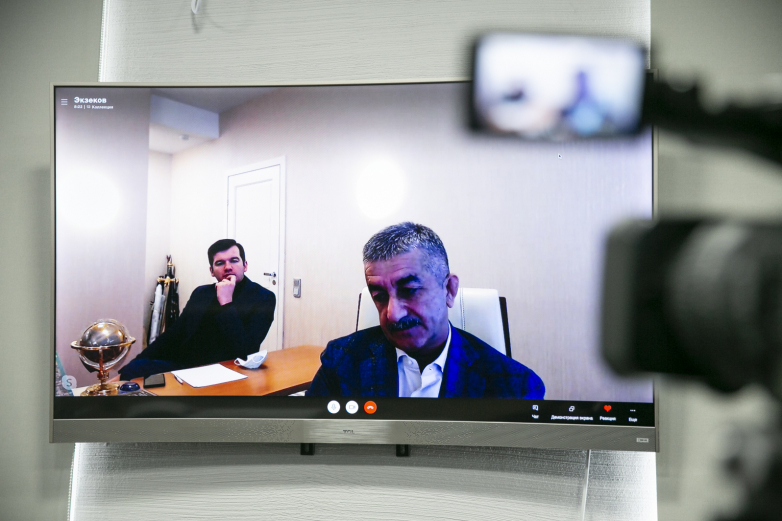 The director of the video, the famous Abkhazian cinematographer Temur Kvekveskiri, expressed his gratitude to Mussa Ekzekov for the opportunity to take part in the "Amazara" project.  He also noted the contribution of Mussa Ekzekov to the development of Abkhazian culture, science and language.

"Thank you for the contribution you are making to the development of Abkhazia. We can see your ache: you root for the ethnos itself, for our culture. You charge people with your sincerity, you also charge us, so we managed to realize this project," said the director. 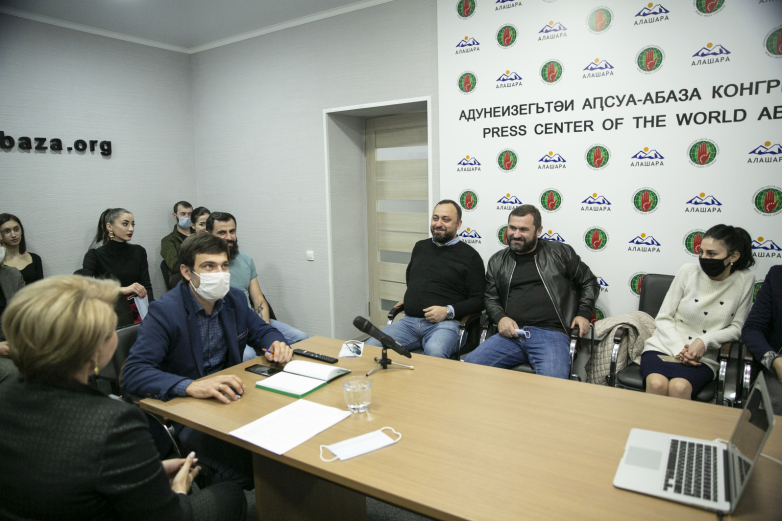 The projects of the World Abaza Congress have been repeatedly supported by the famous Abkhazian composer Anri Gumba. The composer noted that the attitude of the WAC team to the case "inspires and motivates."

"As for this project, it seems that the idea has been in the air for many years, but no one could gather us and launch the process. Thank you for being able to implement it together with us.  In the future, if there is something interesting and useful, I am always ready to support," the musician promised. 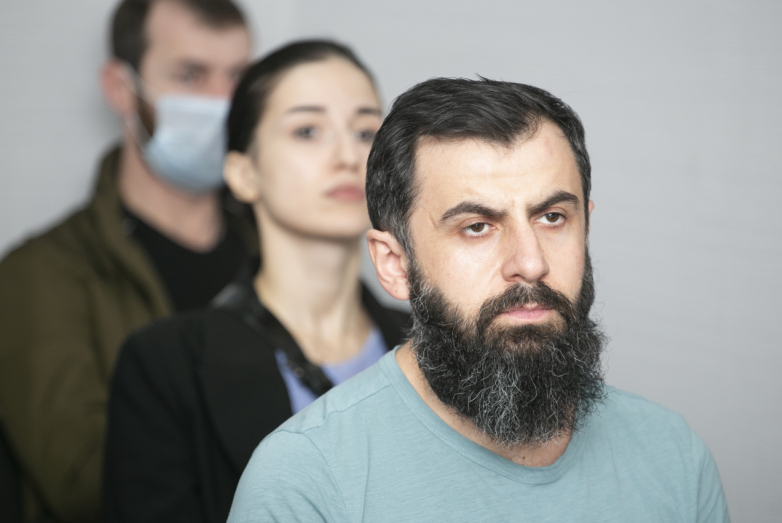 The project participant, the national costume designer Madina Chanba, in turn, expressed her special gratitude to the head of the Women's Councils of the World Abaza Congress, Geta Ardzinba, because "it was she who united so many professionals around one project."

"She worked very hard.  She is a professional and we all felt it.  This project would not have taken place without her," says Madina Chanba. 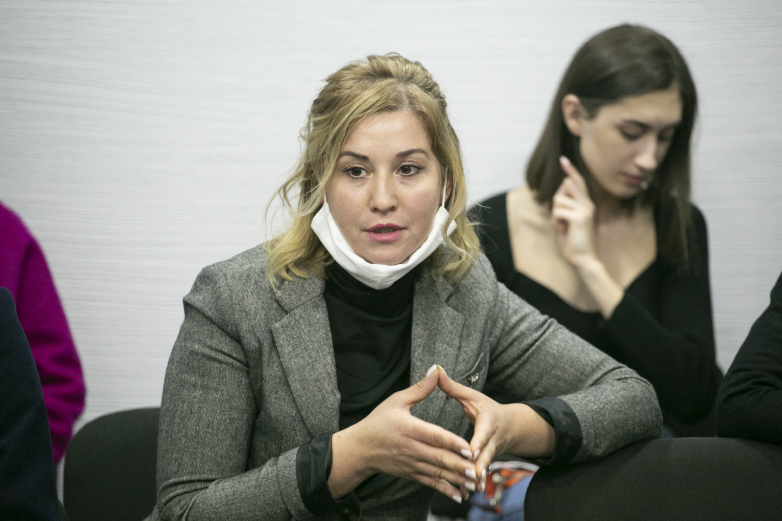 She was supported by Mussa Ekzekov, adding on his own that the Head of the Women's Council of the WAC "can be entrusted with a matter of any complexity and one can just calmly follow her."

"She is a very smart girl, we very highly appreciate her talent, her deep inner beauty, her responsibility," said the Chairman of the WAC Supreme Council.

The World Abaza Congress and the international association "Alashara" launched a project on the intangible heritage of the Abkhaz-Abaza people "Amazara" (translated from Abkhazian - treasure, treasury - ed.) a few months ago. It is about creation and online distribution of professional videos dedicated to various objects of intangible heritage.

The author of the idea is the Chairman of the Supreme Council of the WAC Mussa Ekzekov. The project is intended to show any representative of the Abaza people or other nationalities the beauty and deep meaning of traditional culture. Dance was chosen as the first heritage site of the "Amazara" project. The WAC team, together with a group of professionals, filmed the Abkhazian national dance, giving it a modern reading. The video was published on the website of the WAC Information Portal, as well as on well-known international websites.

Musa Ekzekov WAC Culture Art “Amazara” project
To leave a comment you need
to login or register.
Share
No comments