Murat Dzhandarov, one of the active Abaza public figures, told in an interview to the WAC, how in the Karachay-Cherkess Republic they are fighting for the preservation of the Abaza language.

Specialist of the language department of the International Association for Assistance to the Development of the Abaza-Abkhaz Ethnos «Alashara» Murat Dzhandarov told in an interview to the WAC web information portal how the Abaza language is taught in schools of Karachay-Cherkessia. Interview by Asta Ardzinba.

- In July of this year, the State Duma of the Russian Federation adopted amendments to the Federal Law «On Education», which touched on the national languages. How do these innovations affect the study of the Abaza language?

- The essence of the amendments is that the choice of the mother tongue in schools is now provided to the parents of schoolchildren, and it will be possible to choose Russian as the mother tongue. Previously, it was automatically determined which language to consider as native, depending on the nationality of the students. Because of this, there are now more risks that Abaza children will not learn Abaza, but choose, for example, Russian.

This is very likely, since most children come from kindergarten to school, not knowing the Abaza language, and speak only Russian. In order not to complicate their studies, parents may prefer Russian as their mother tongue. The teachers agree with them. After all, the program of studying the Abaza language in schools is designed for children with knowledge of the spoken language, it is not intended for those who do not speak Abaza at all. Ultimately, we get a situation where the Abaza language may even fall out of the school curriculum of individual students.

This month, with the support of the «Apsadgyl» Association, which consists of eight main Abaza public organizations, a group of activists has traveled to all Abaza villages to check how the situation with language learning has developed after the adoption of the amendments. We met with our compatriots, who were told about the importance of choosing the Abaza language for a child as a mother tongue. 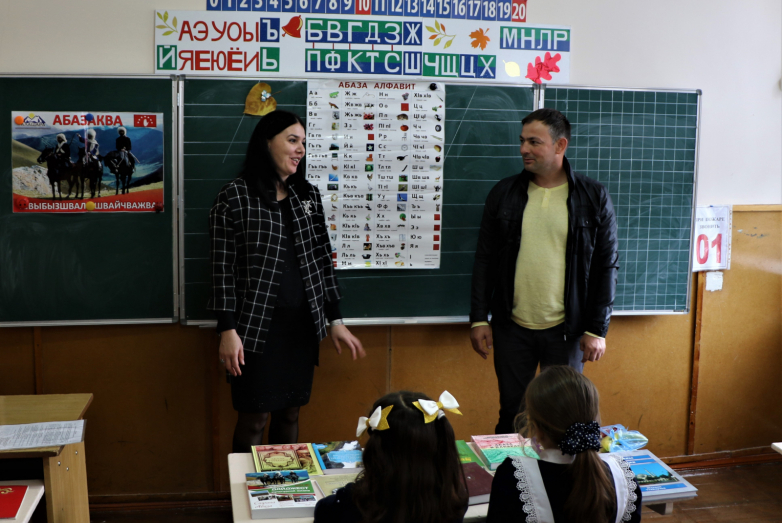 - To what extent are the Abaza language lessons being taught in schools?

- In the first class, two obligatory hours per week are allocated to the native language and literature, in the subsequent classes - three hours. In Soviet times, by the way, more time was allocated - five obligatory hours for the native language and literature. For a long time we fought for the restoration of these hours, wrote a letter to the head of the republic. We were supported in this work by other national public organizations, because this is a problem for all peoples living in Karachay-Cherkessia. Unfortunately, we were not heard. But the way out was found: we traveled all Abaza villages, talked with teachers, with the leadership of schools, with parents, and, ultimately, added two more hours to the obligatory three hours at the expense of electives. Thus, in the Abaza villages, five hours a week are allocated to their native language and literature.

It was not easy for the schools themselves, which had to expand the teaching program and increase salaries for teachers of the native language for additional hours. However, mutual understanding was found. But this is in the villages where the Abaza population lives compactly, that is, both students and teachers are ethnic Abazins. In cities where the population is mixed, it is more difficult.

- Is there any data on how many Abaza children speak Abaza language? What percentage of Abaza do not know it?

- According to Rosstat, 96 percent of Abaza living in Russia speak their native language. However, last year we carried out monitoring in schools of Cherkessk and found out curious things. About 1,500 Abaza children study in Cherkessk, of which only 35 percent understand the spoken Abaza language. For village schools statistics is unknown.

In order to somehow rectify the situation, we created courses of the Abaza language at the office of «Alashara». Methods of teaching is designed for people who do not know the language. The

specialist developed it according to our order on the basis of methods of teaching English for foreigners. For three months, a person masters conversational speech, after another three months he is already at the advanced level. Learning Abaza, despite the fact that it is considered one of the most difficult languages in the world, is quite realistic. Our courses prove it: those who absolutely do not know the language come to us, and after the courses they freely express themselves in Abaza. But with an accent. There's nothing you can do: phonetics, pronunciation must be developed from early childhood, and when you start learning a language as an adult, you can no longer pronounce some sounds.

Courses have been operating since 2013, we recruit students annually, graduating about 60-80 people a year. There are three groups that are divided by age: children, adolescents and adults. We have the best teachers, all teachers of the highest category who have dedicated their lives to teaching the Abaza language. These are Gasha Zhirova, Lyubov Urunova, Gayshat Klycheva, Fatima Kishmakhova. 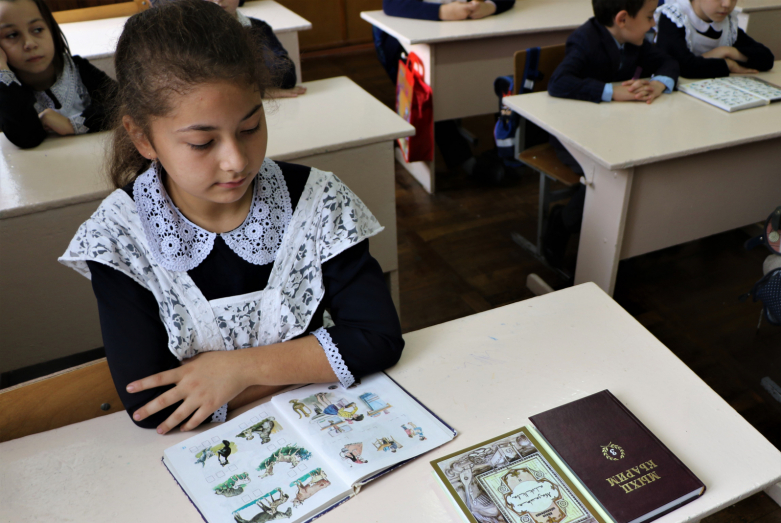 - You mentioned kindergartens from which children leave without knowing their native language. Is the situation in preschool institutions going to change in any way?

- Two years ago, in kindergartens, the «national component» was assigned two hours a week. Children were taught poems, songs in their native language. Then this hour in the kindergartens was removed. We appealed to the head of the republic on this issue, and he allowed us together with the Republican Institute for the Advanced Training of Educators (RIATE) to develop a program and methodology for teaching Abaza language in kindergartens.

The «Alashara» association allocated money for the development of the training manual, the administration of the Abaza region took up the program. «Alashara» paid for the retraining of educators who had two weeks of training. Since last year, the program has been implemented in kindergartens in Abaza villages. In the city, we wanted to make separate national groups, but for the time being it does not work. We are not moving away from this issue, we are going to meet with other national organizations, to discuss the question of how to teach children in their native languages in urban kindergartens.

- Our source of such manpower is Karachay-Cherkess State University (KCSU), which is located in the city of Karachayevsk. This is the only university that graduates specialists in the Abaza language.

There is also a Research Institute in Cherkessk, in the RIATE there are departments of the Abaza language. If KSU graduates people with higher education, here they can also get a scientific degree.

The problem is that when a language is infringed, philologists become unclaimed. This, in turn, leads to the fact that young people simply do not go to study as philologists of the Abaza language. The organization «Alashara» encourages people who learn their native language. For example, a one-time award in the amount of 200 thousand rubles for the protection of candidates in the field of studying the Abaza language was announced. Students of KCU, if they have a good academic performance, are paid triple scholarships in the amount of 9 thousand rubles.

This year «Alashara» began its cooperation with the Abkhaz State University. In October of this year, seven specialists of the Abaza language will enter the graduate school of the ASU, where they are going to open the department of Abaza studies in the future. Thus, our philologists open up prospects for getting a job in Abkhazia. 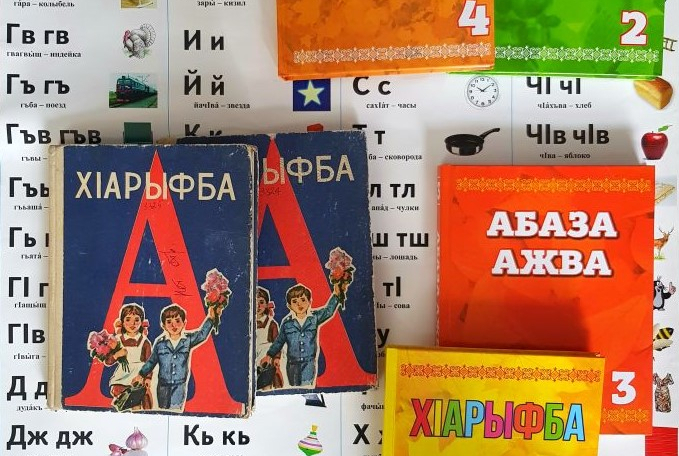 Abaza alphabet
© Alashara
KChR Murat Dzhandarov
To leave a comment you need
to login or register.
Share
No comments