More than 1,000 sets of winter clothes were distributed to needy children of Abkhazia and Abaza children from the KChR in the framework of the charity event of the WAC “Soul Warmth”.

The charity event of the World Abaza Congress “Soul Warmth” ended with the distribution of sets of winter clothes to Abaza children in the KChR. The action took place in several stages for several months and consisted in helping warm things to needy families from Abkhazia and KChR.

The head of the Youth Council of the WAC Levan Torchua noted that a charity event of such scale took place in Abkhazia for the first time. In total, representatives of the Congress provided 973 children from Abkhazia with winter jackets, sweaters, shoes, warm clothes and blankets, and 49 sets of winter clothing were handed over to Abaza children in KChR. 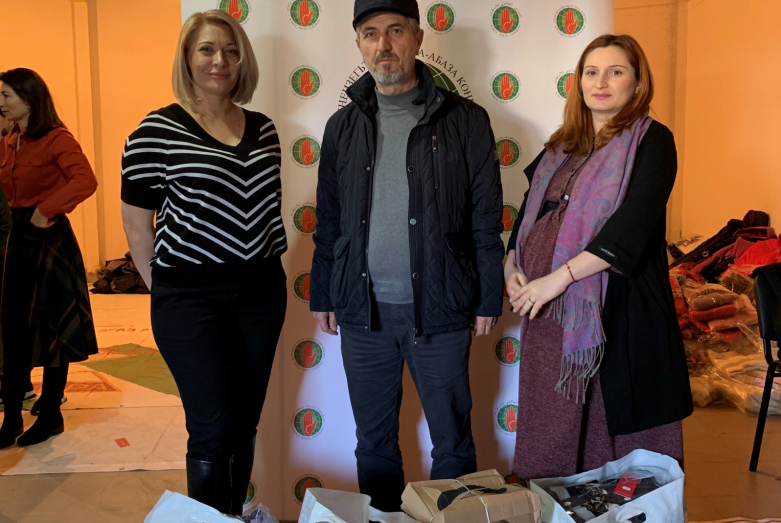 Head of the WAC WC Geta Ardzinba, Representative of the Spiritual Administration of Muslims of Abkhazia and Kamma Gopia
© WAC

New clothes were handed over both to charitable organizations for their wards, and directly to specific families and children.

Thus, 534 sets of winter clothes were received by the wards of the “Kiaraz” charity organization, 54 and 40 sets were received by the Kaldakhuara and Sukhum boarding schools, 30 by the “Red Cross” public organization. Eight sets were transferred to the Spiritual Board of Muslims of Abkhazia, 33 sets to the Rehabilitation Center in Sukhum, 50 to the Ministry of Repatriation of the Republic of Abkhazia. 224 sets of winter clothes were distributed according to the list compiled by the World Abaza Congress.

Also, as part of the action initiated by the Supreme Council member Akhmet Khapat with the support of charitable and public organizations of Turkey, as well as representatives of the Abkhaz-Abaza Diaspora of Turkey, more than 1,000 pairs of shoes were distributed to the children of Abkhazia. 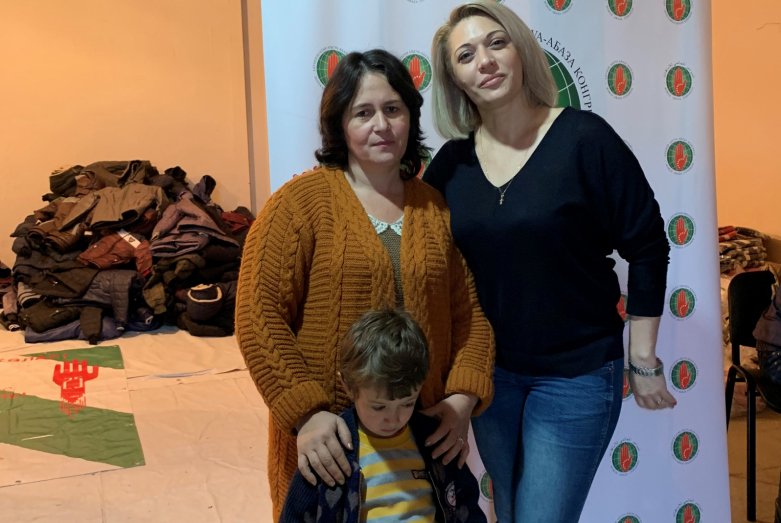 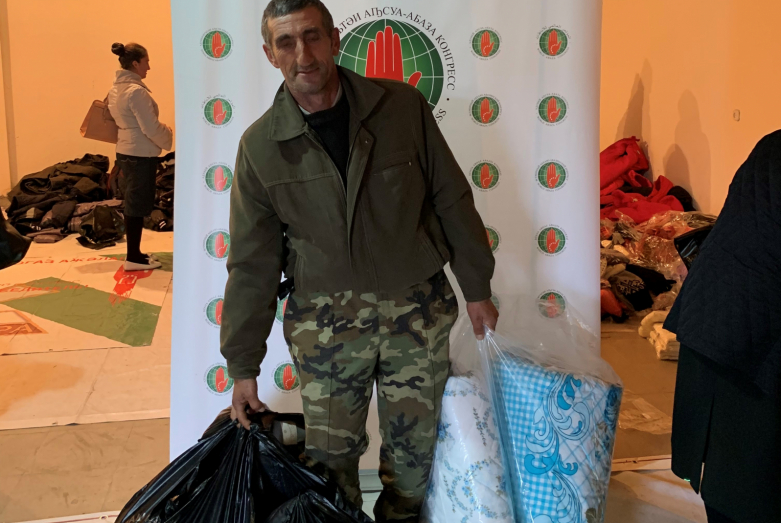 “It was important to reach everyone, for this it was necessary to understand the situation well. We worked closely with a number of organizations, including the charitable public organization “Kiaraz”, the lists of which formed the basis of our [general] list, but there was only the Ochamchira district. It was important for us to cover the whole of Abkhazia,” explained Torchua. 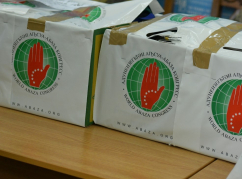 According to him, the lists were complemented by local residents who learned about the action from various sources: they informed the staff of the World Abaza Congress about the needy among friends and neighbors.

“We got phone calls almost every day. The list is constantly updated. The action literally overwhelmed our citizens, who were eager to help people by communicating the names and surnames of the needy,” said the head of the Youth Council of the Congress.

According to Torchua, this solidarity and a wave of human participation is another important result of the action, which “truly justified its name, evoking people's warmth and endless gratitude.”

He noted the help and personal contribution to the action of a variety of people: business representatives, entrepreneurs, activists of the WAC.

“Said Kur-ipa, head of the Sukhum special auto economy, helped us. The premises, in which we kept all sets of winter clothes for about half a month and a half, were provided free of charge by private entrepreneur Viktor Kvitsinia. Beslan Kilba helped bring clothes to KChR. 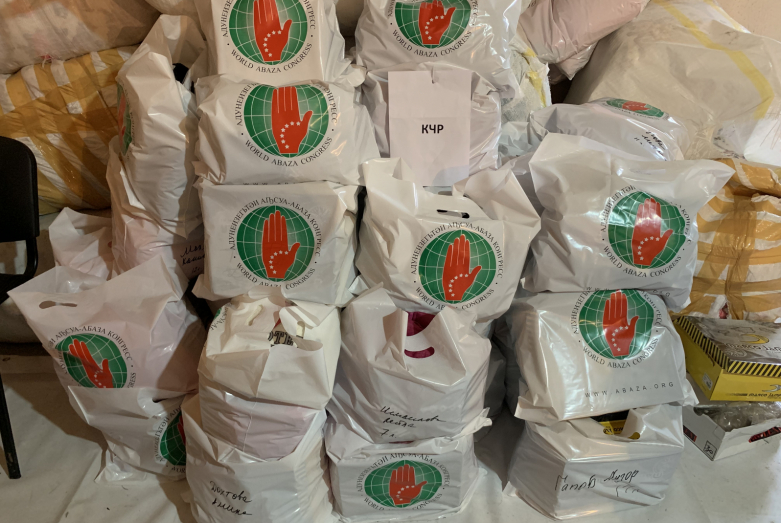 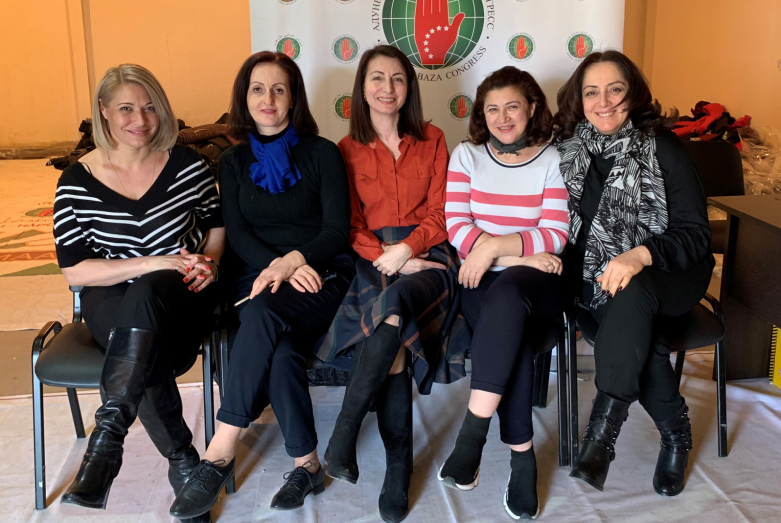 “Participants of the WAC Women's Council practically spent nights there (in the room for sorting clothes - ed.) together with the employees of the “Kiaraz” charity organization Kamma Gopia, Kadir Argun, Astanda Golandziya, Kristina Lakoya, Alisa Tuyba, laying out all things, signing packages with clothes, sorting out everything in size. They did a great job. It is safe to say that the action took place thanks to all these people,” he stressed.

The charity event “Soul Warmth” was organized by the WAC, ANO “Alashara” and the Federation of Abkhaz Cultural Centers of Turkey and took place from December 2018 through March 2019.

WAC Charity “Soul Warmth” action
To leave a comment you need
to login or register.
Share
No comments

Charity event of the WAC “Soul Warmth” continued in Sukhum
“Soul Warmth” action continues to work: 383 children were given out new winter clothes