During the year and a half of the work of the new WAC team, the Congress opened 30 local branches in Abkhazia and Turkey, which, according to the WAC concept, serve to provide feedback to the Abaza people on the ground, which allows solving specific problems effectively.

The World Abaza Congress continues to work actively to develop a network of local Congress branches in Abkhazia, as well as regions of compact residence of the Abkhaz-Abaza Diaspora in Turkey.  As of today, 30 local branches have been opened and operate fully.

Mussa Ekzekov, the Chairman of the Supreme Council of the WAC, recalled that the Congress’s plans for 2020 include “maximum towns and villages of Abkhazia”.  In his opinion, this will create the basis for the development of civil society in the Republic: local branches are needed in order to get first-hand information about the needs of people and awaken their initiative.

A local branch of the WAC was created at a meeting in the Gal district of Abkhazia
© WAC
WAC continues to hold meetings with residents of districts of Abkhazia: a local council has been created in Gagra
© WAC

“In order to change people's lives, we must know how each Abkhaz and Abaza family lives. We need constant feedback and cooperation.  Any work should be joint: residents of villages offer specific projects that they want and can implement. They all invests their work and money. The WAC also provides the necessary support, participates in the implementation of projects,” said Mussa Ekzekov.

He cited the example of the local branch of the heroic town of Gudauta, where for a short period of time, thanks to the activity and cohesion of the team of the local branch, three projects were implemented: workout sites, installing garbage bins and providing water to the local school.

The WAC Executive Secretary Inar Gitsba, in turn, said that the WAC team continues to travel to the villages of Abkhazia, and is also working to establish branches in Turkey.  All branches are created according to an already established scheme: meetings are organized at which the WAC team talks about the Congress, its goals and results of work, an acquaintance takes place that identifies activists in the field and the situation in a particular area.

“During such warm meetings, an interested and substantive exchange of views on the current state of villages takes place, the difficulties and problems of the village are discussed. As a result, a systematic base of questions is created for each locality separately. A kind of road map is being formed for each village. The most important thing is that human potential is revealed, using it, you can jointly solve the accumulated social and domestic problems. The goal is to cover every settlement in every region of the country with this concept. This is what we are actively doing now,” said Gitsba.

Geta Ardzinba, the head of the Women's Councils of the WAC, informed about the important details of the organization of meetings at which people learn about the WAC.

According to her, employees of the Congress and members of Women's and Youth Councils pre-determine the most active and interested residents of the locality where the meeting is planned.

“A lot depends on these people — and we will familiarize them in advance with all the details of the activities of the WAC. They are responsible for attracting precisely those energetic and active villagers to the first meeting, who can be inspired by the ideas of the Congress and will attract the remaining residents of the village and take the time and effort to start solving many urgent issues and problems,” Ardzinba explained and added that “the composition of the local branch, its strength and the quality approach to work” depend on how much the WAC team “manages to infect people with ideas and breathe a desire to be near”.

The head of the Women's Councils also said that at the meetings the Congress provides local activists with certain developments, examples of projects for which it is possible to competently prepare similar projects relevant for the area.

“For us (the WAC) objective feedback, which can formulate a clear picture on issues of interest to the villagers is very important. Together with them, we discuss the possibilities and ways of solving various problems, formulate tasks, and the branch participants get the skills to create projects - including the estimated part and the solution of problems for its optimization. It is from such projects that the work plan of the local branch is created, which goes to the Analytical Department of the Congress, where the information is processed and systematized in detail,” Geta Ardzinba said.

She noted that in the future the Congress plans to connect the local branches of different regions of Abkhazia with each other “informationally and organizationally”, which will allow for the effective exchange of lessons learned. Levan Torchua, the head of the Congressional Youth Councils, said that at the meetings with the villagers, first of all, everyday problems are revealed.

“We are trying to make it clear to the population that they are not alone in their aspirations, and by coming together we will be able to change and overcome many things. No matter how hard it is to hear sometimes that today, in the 21st century, children in schools do not have basic sanitary and living conditions, often they don’t even have water, sewage and heat - sitting back and waiting for the grass to grow is not an option. Very often there are requests to solve the problems of schools: there are buses, but no fuel is allocated; issues of medicines in school first-aid posts are also characteristic of many settlements. And this is only a small part of the difficulties voiced,” Levan Torchua shared.

He added that the WAC is working on the implementation of activities already agreed with the local branches. 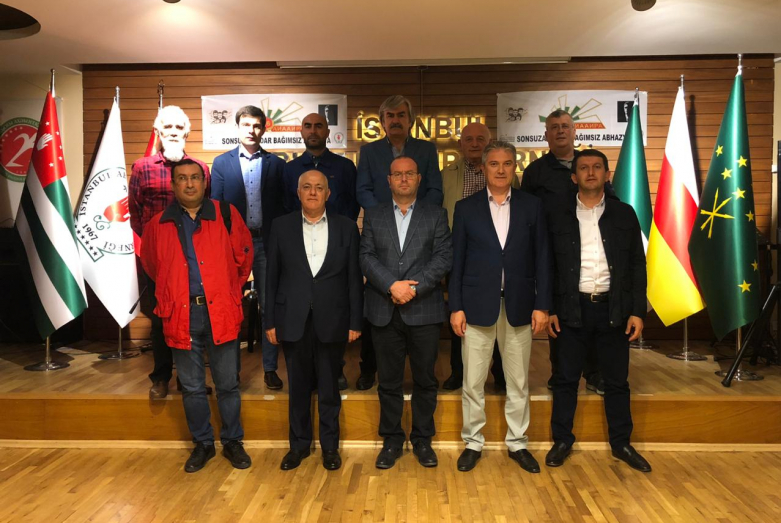 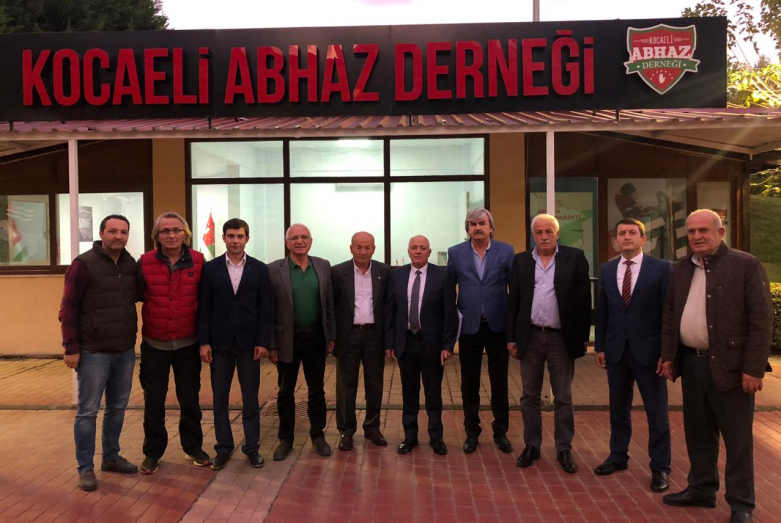 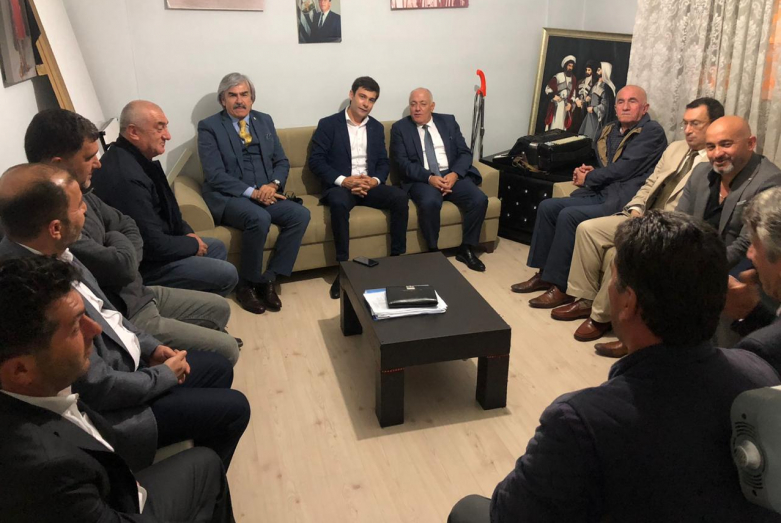 In the city of Inegol, the Republic of Turkey, a meeting was held with representatives of the Abkhaz-Abaza ethnic group.
© WAC 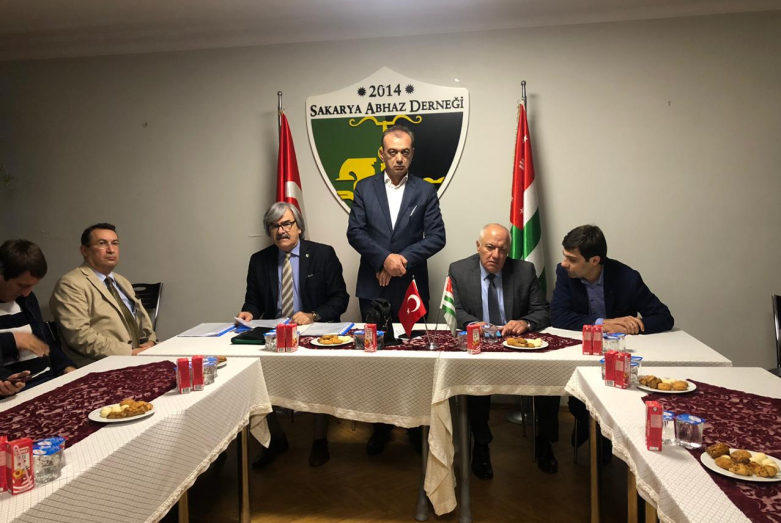 The Council of the local branch of the WAC was created in Sakaria, which included representatives of the Abkhaz-Abaza Diaspora.
© WAC

Capital School Center supported the language online project of the WAC info portal
From 11 to 20: We speak Abkhazian / We speak Abaza
Another meeting of the members of the Supreme Council of the Congress was held online
The Tower of broken hearts: annual excavations of the Great Abkhaz Wall have been completed
All publications