Geta Ardzinba, head of the Women's councils of the World Abaza Congress, became the third guest of the WAC Discussion club.

At the beginning of the meeting, the head of the WAC Discussion club, Irina Turava, noted that the current meeting of the club was attended both by women, who are already successful in business, social activities, politics, charity and young girls.  Turava emphasized that communication between those and others, perhaps, “motivates” the youth, “so that, becoming mothers, wives, they do not forget about personal development and are not afraid to combine family and professional development.” 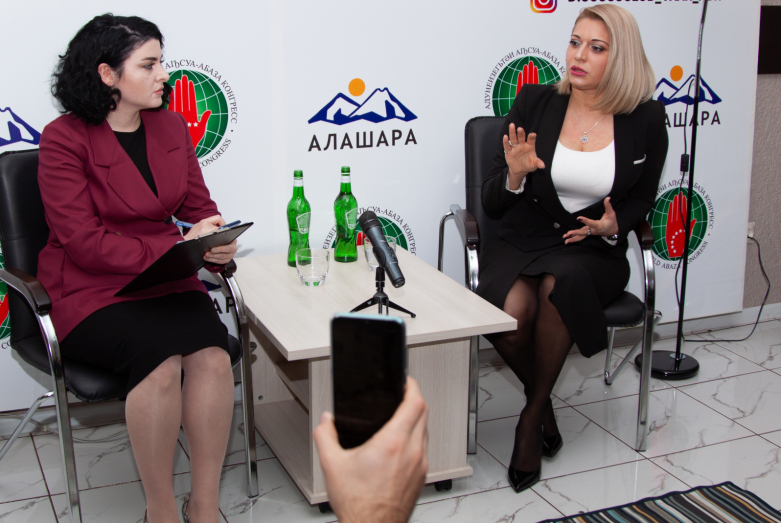 “Breathe in people faith in themselves and in us”

Geta Ardzinba, the head of the WAC Women's councils, is an example of such a successful woman who managed to realize her profession while remaining the guardian of the hearth and raising two children.  In the recent past, Ardzinba was the head of the advertising and external communications department of the first cellular company in Abkhazia, “Aquafon”.  Then fate brought her to the World Abaza Congress.  At the beginning of her speech, Geta Ardzinba just talked about how she came to work in the WAC. 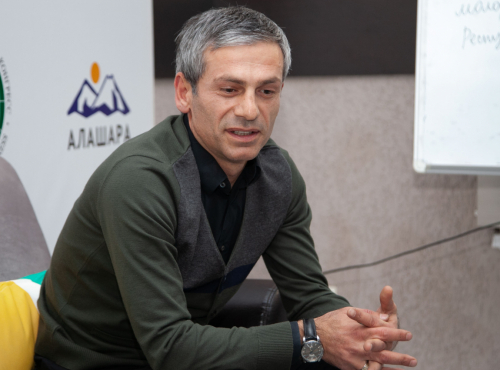 “I felt that much had already been done in terms of growth, and by that time I had been working at “Aquafon” for 12 years.  When I began to think about another work, a proposal was received from the then-formed team of the World Abaza Congress.  At that time, Kan Taniya, Inar Gitsba, Amina Lazba and Levan Torchua were already part of the team.  And I realized that something interesting is emerging.  We met several times, I tried to understand the essence of the ideas of the Congress.  For myself, I attributed this work to the field of ethnopsychology, because you need to breathe interest into people, to breathe faith in themselves, in us (WAC - ed.).  And at one point I realized that I needed to leave my comfort zone [my previous job], and decided to work in the Congress,” the guest of the club shared.

Help women in their desire to be useful

Speaking about current professional tasks, she noted that the most important thing in the work of the WAC Women's councils is to find in the towns and villages of Abkhazia those women who would like to become part of an active social movement, participate in important decisions in their village or town, and who have not yet succeeded in this for various reasons.

“We realized that it was these women who needed us to help them realize their desire to be useful to Abkhaz society,” added Ardzinba.

She spoke about the structure of the Women's councils of the WAC and that the structure was formed following the successful example of the ANO “Alashara” in Cherkessk. “In Abkhazia there is a central Women's council.  To date, it includes seven women who make up the asset.  These are Aza Gumba, Astanda Bartsyts, Gunba Agrba, Ilona Amichba, Kama Kvitsiniya, Lyuda Kogonia and Fatima Barkal,” Geta Ardzinba said.

Aza Gumba, a member of the Congressional Women's councils, also spoke at the meeting.

“For me, this (invitation to the Women's councils of the WAC - ed.) was also a very unexpected proposal.  At first, we did not understand everything, but gradually felt the main ideas of it [Congress].  We have a very friendly team.  We interact with Youth councils,” said Aza Gumba.

Geta Ardzinba, in turn, spoke about the plans of the WAC in 2020.  She noted that some of the projects are still under development, but it is already known that the WAC will hold large-scale events on the occasion of the State Flag Day of Abkhazia and on the International Children's Day.  Women's councils are directly involved in organizing these events. 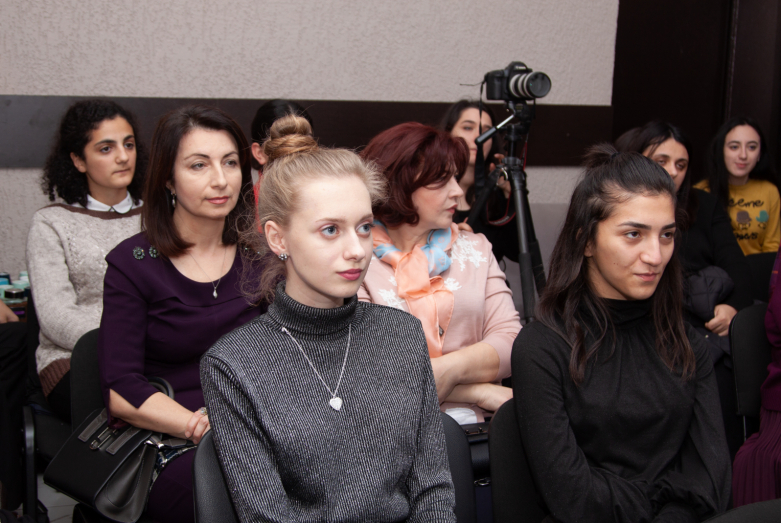 “And, of course, in the new year we will hold the cultural and sports festival “Abaza”, which has become truly unique for Abkhazia,” concluded Ardzinba.

Charity with a “female” face

The head of the Women's Councils of the WAC also spoke about the charitable projects of the Congress.  The topic was actively picked up by representatives of charitable organizations present at the meeting. 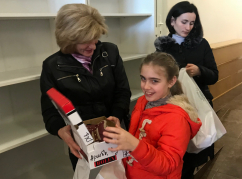 In particular, the director of the “Ashana” charitable foundation (“Ashana” helps to find funds for the treatment of seriously ill children of Abkhazia - ed.) Maktina Dzhindzholia believes that “the charity of Abkhazia has a “female” face.” She drew the attention of the meeting participants to the fact that the Head of the Women's councils of the WAC “always supports the charitable foundation.”

“We have collected letters from children in need.  We have about 900 letters.  Letters can be taken by everyone, for this it is not necessary to live in Abkhazia.  In them, children ask for gifts for the New Year.  Gifts are very different.  One child once asked for a calf and the calf, by the way, was bought.  They mostly ask for warm clothes, shoes,” said Gopia. 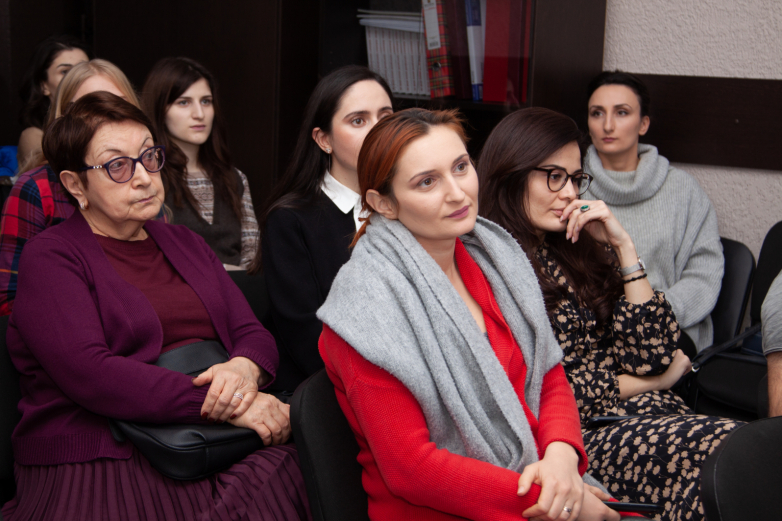 On the goals and fulfillment of women in Abkhazia.

The meeting was attended by the well-known political figure of Abkhazia Natella Akaba.  She brought with her a brochure with the article “The role of a woman of Abkhazia. From the past to the present”.  Akaba, who has held high posts in the state over the years, has expressed the view that there are few women in the Abkhaz state administration system, despite the absence of obvious obstacles to having more.  As an example, Natella Akaba brought the current Parliament of the Republic of Abkhazia, in which only one woman MP works. 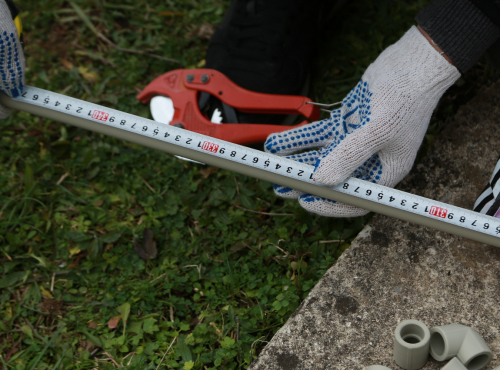 WAC laid water pipes in one of the schools in Gudauta

According to the public figure, it is necessary to work on this issue so that the number of women in power structures will increase.  The participant in the discussion also named a topic that, in her opinion, would be interesting for further discussion: “The factor of women of the North Caucasus in the Georgian-Abkhaz war”.

“It seems to me that for WAC this is a very relevant topic.  When I was a deputy of the first convocation of the Parliament of the Republic of Abkhazia, Vladislav Ardzinba ordered me to head a female delegation from Abkhazia, and we went to the North Caucasus to meet with women whose children died in Abkhazia during the Patriotic War of the people of Abkhazia.  We were very nervous, worried.  I have remembered this warm welcome for my whole life.  It would be very nice to conduct a study on this topic.  I am ready to stand next to you,” Akaba promised.

A student of the Abkhaz State University Lana Papba expressed her opinion on the role of women in Abkhaz society.  She believes that in modern Abkhaz society for women there are no barriers to achieving goals.

“A lot depends on the woman herself, on her goals, on what fulfillment means to her,” she said. In order to become a member of the Discussion club, you must fill out a questionnaire, choose a direction of interest and send an application for participation by e-mail (discussclub@abaza.org). The number of seats in each of the areas is limited: this is due to the fact that the room in which club meetings will be held (“Alashara” office, the building of the Academy of Sciences of the Republic of Abkhazia on Lakoba Street, 1st floor) will not accommodate more than 25-30 people. At the same time, if there are more people wishing to take part in the discussion of a topic, the organizers will look for an opportunity to repeat the cycle. The most significant meetings will be recorded and uploaded to the WAC YouTube channel. Individual club meetings are broadcast live on social networks.