"The Way to Harmony": a new project of the WAC was presented in Sukhum

The World Abaza Congress presented a new project of the Coordinating Council of Women of Abkhazia "The Way to Harmony" at the press center of the WAC in Sukhum.

The presentation of the new project of the Coordinating Council of Women of Abkhazia "Аизыразра амҩа" (in translation from the Abkhaz means "The Way to Harmony" - ed.) was held at the press center of the WAC on September 15. 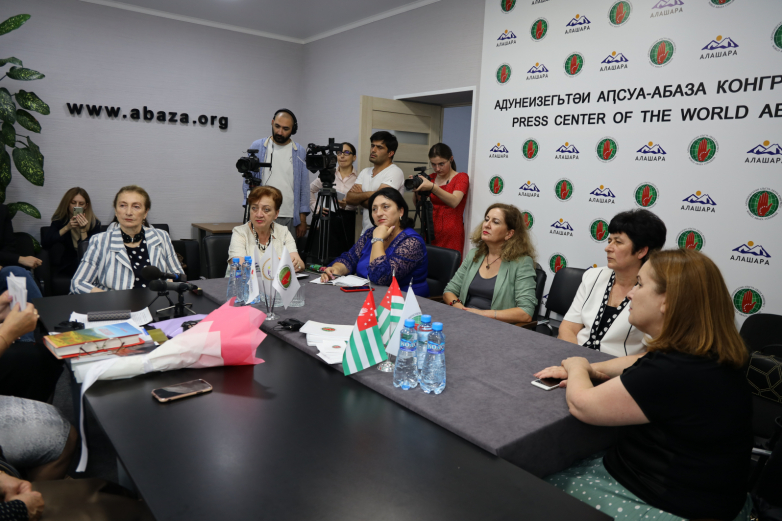 The head of the WAC Department for Education, Social Activism and Health Izolda Khagba opened the presentation of the Coordinating Council of Women of Abkhazia. In her welcoming speech, she spoke about the idea of ​​a new project and introduced the Chairman of the newly created council, a journalist and public figure, Ekaterina Bebia.

"At the initiative of Mussa Ekzekov, Chairman of the Supreme Council of the WAC, the implementation of a new project of great importance begins today. This idea was embodied because Mussa Ekzekov highly appreciates the role of women in the construction of the state at all stages, and considers it necessary to give the women of Abkhazia more opportunities for self-realization in the implementation of significant projects. We believe that the fact that Ekaterina Bebia headed this project at the Congress is a logical continuation of her long-term cooperation with our organization, starting from the first congress, at which she was present as a participant and correspondent. We have great respect for her contribution to the preservation of the large Congressional archive, which she digitized and recently transferred to our office. It is also symbolic for us that she always accompanied the first head of the WAC, Taras Shamba, during most of his trips to the countries of residence of our Diaspora," Khagba said.

The Chairman of the Coordinating Council of Women of Abkhazia, Ekaterina Bebia, in turn, thanked the Congress and its Chairman Mussa Ekzekov for their trust. 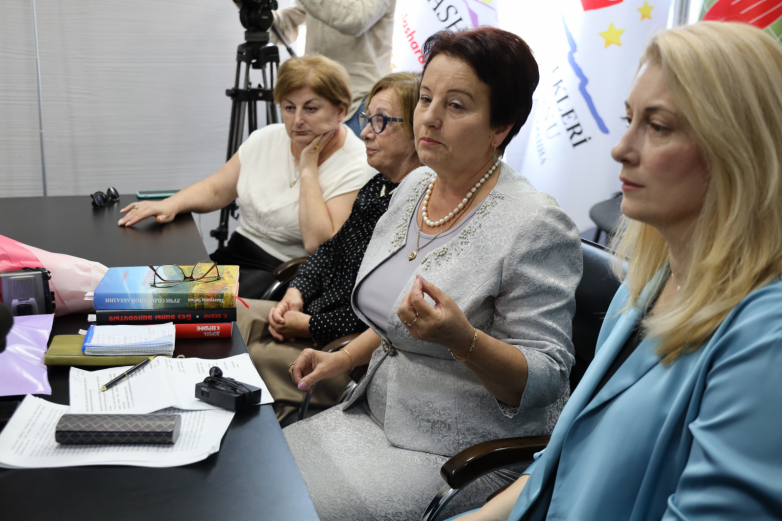 "The proposal of Mussa Khabalevich to create and head the Coordinating Council of Women of Abkhazia at the Congress, to be honest, was a pleasant surprise for me. It is with great pleasure that I begin this important and necessary work. I will do my best to justify the confidence of the Congress in me, and in no case let down the glorious leader and guide Mussa Ekzekov," she said.

Bebia introduced the members of the Coordinating Council of Women of Abkhazia. Guli Kichba, Chairman of the Mothers for Peace and Social Justice Movement, became an honorary member of the Council. The assets of the Coordinating Council included: Principal of the Pitsunda Secondary School, honored teacher of Abkhazia Dona Malia, teacher of ASU, associate professor, ex-deputy of the Parliament of Abkhazia Emma Gamisonia, Chairman of the Women's Union of Pitsunda Aida Trapsh, journalist of the Gudauta regional television, teacher of the Gudauta Secondary School Kama Butba, well-known poetess of Abkhazia Gunda Sakania, ABNI researcher, journalist of the Abkhazian Radio Company Alina Achba, journalist Alisa Adleyba, correspondent and host of AGTRK Sabina Kchach and student of ASU Khibla Khvartskia.

Ekaterina Bebia noted that the main mission of the new project is to develop a national strategy for action in the interests of the women of Abkhazia.

The presentation of the new project focused on the issues of preserving national identity, educating a person based on Apsuara, historical, national and cultural traditions of the Abkhaz-Abaza (Abaza) people, strengthening national unity, drawing the attention of state structures and society to the situation of rural women and their families, protection and expansion of economic and social rights and opportunities for women, families, children, as well as issues of promoting the development of women's entrepreneurship. 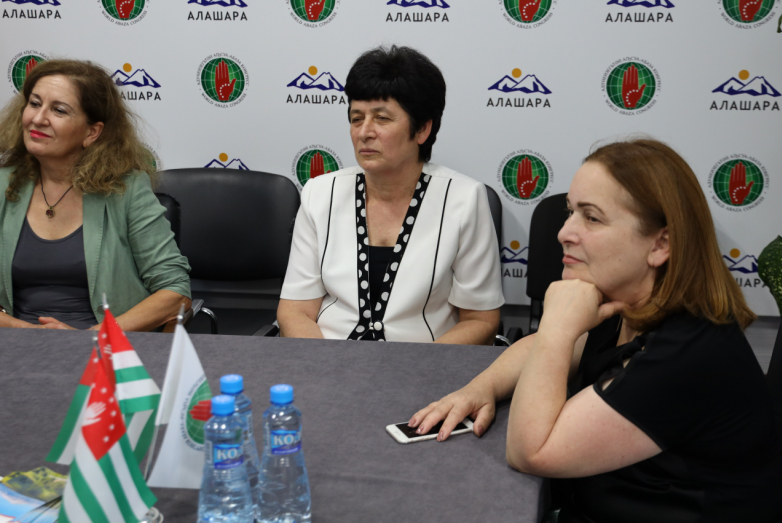 The participants of the discussion paid special attention to the female role in the history and culture of Abkhazia.

"Our women have historically proven their significant position in our society. They faced difficult trials. They lost husbands and sons during wars and repressions. Our women survived all these challenges with dignity," said Ekaterina Bebia.

All members of the Coordinating Council agreed on the need to create targeted programs to support rural women and develop their participation in public life.

"We need to draw the attention of government structures and society as a whole to the situation of rural women. After all, promoting the improvement of the quality of life of a rural family is the basis for the sustainable development of our state. The person who creates and preserves the hearth, from which the state is built, must take part in public life," said Guli Kichba, an honorary member of the Coordinating Council.

Kichba also added that the creation of the Women's Coordinating Council under the WAC is important. 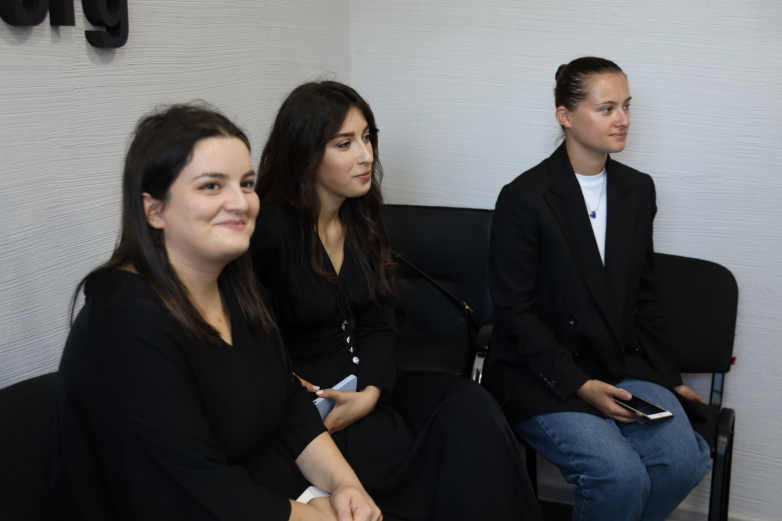 "The issues that we are discussing at the meeting of the Coordinating Council are of an important nature. We hope that by joint efforts we will be able to fully realize all our ideas," she added.

Kama Butba, an active member of the Coordinating Council, shared her wishes about the possible directions of the Council's work.

"I would like to pay special attention to programs for the development of a strong family as the basis of a stable state, spiritual culture and a healthy lifestyle, ensuring the sustainable development of the state and social security," Butba said.

As part of the presentation of the Women's Coordinating Council, Ekaterina Bebia presented the Congress with the original audio recordings of the organization's first congress in 1992.

"We have preserved all the audio recordings of the first congress of the WAC in the village of Lykhny in October 1992. It is very significant that the originals of the first recordings are returned to Congress 30 years later," Bebia said. 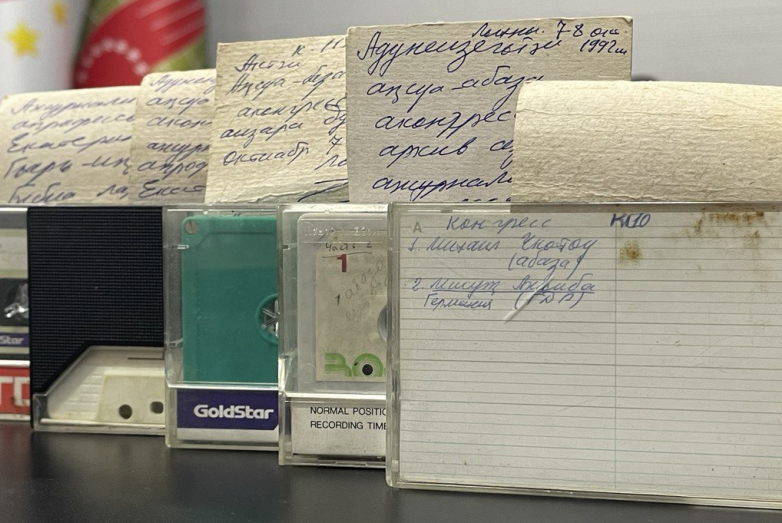 The audio archive of the first congress of the IAAS in October 1992 (now the WAC) donated to the Congress by journalist Ekaterina Bebia.
© WAC

At the end of the meeting, the participants thanked the WAC for the opportunity to discuss problems and implement their solutions at the Congress, and discussed plans for the near future.

The "Strong Family - Stable State" program will help strengthen the institution and status of the family, protect the rights of the family and increase the responsibility of the state, society, public organizations, and parents themselves for the upbringing and well-being of children. Important areas of the program will be the creation of conditions for the normal life of the family and the upbringing of children, the dissemination of positive experience in family upbringing and a healthy lifestyle, the promotion of traditional spiritual and moral family values ​​and traditions, the improvement of the moral culture of the family, the strengthening of the connection between generations - Apsuara, as well as the strengthening of cooperation between the state and civil society in the upbringing of the younger generation. 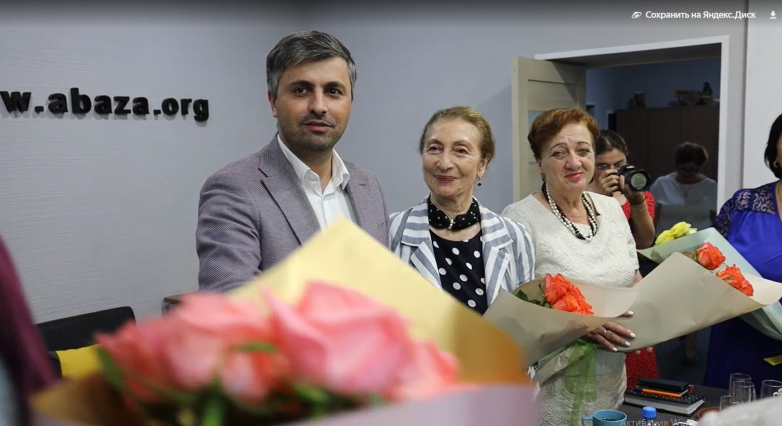 The "Spirituality, Culture, Healthy Lifestyle" program will be aimed at promoting the preservation of national identity, raising a harmoniously developed personality based on Apsuara, historical, national and cultural traditions of the Abkhaz-Abaza (Abaza) people, as well as strengthening national unity, preserving and developing a single cultural space, a multinational cultural heritage, strengthening the connection between generations, spiritual and moral foundations, fostering love for the Motherland and the formation of a healthy lifestyle. 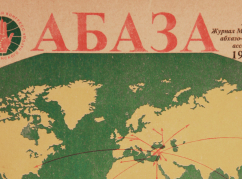 The "Women for Rural Revival" program will help to attract the attention of state structures and society to the situation of rural women and their families, the problems of the village, improve the quality of life of a rural family - the basis for sustainable development of the state, as well as to promote the growth of interest and disclosure of the initiative of rural residents.

The first event of the Women's Coordinating Council on the eve of Victory Day in the PWPA will be a meeting with the mothers of the fallen at the ASU with the invitation of the university faculty, where fragments from films about the heroic women of Abkhazia will be shown.