The “Ashamaka” action will be held in the towns of Abkhazia and among the representatives of the Abkhaz Diaspora in Turkey.

Thousands of memory sticks will be distributed in the towns of Abkhazia and among our compatriots in Turkey within the framework of the “Ashamaka” action in order to unite everyone who shares the feeling of grief for the victims of the Caucasian War. 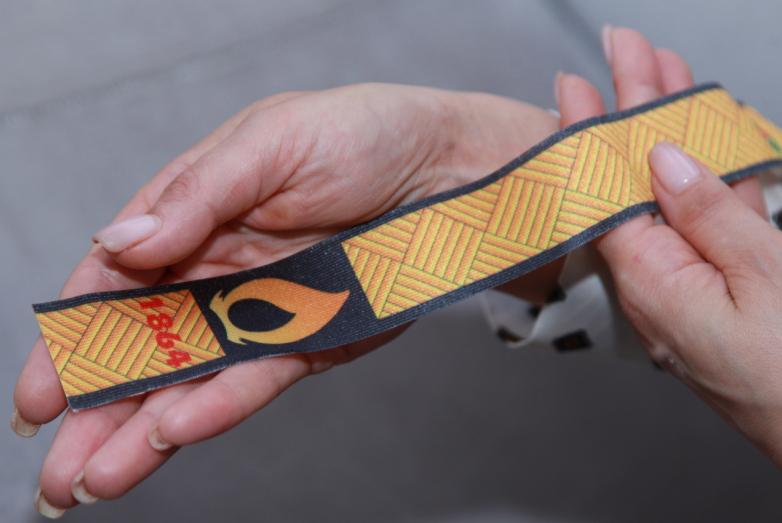 Memory tape was developed in 2016. The model of the ribbon was developed by a member of the Union of Artists of Abkhazia and Russia, Honored Artist of the Republic of Adygea, Laureate of the D. Gulia Prize, holder of the Order of “Leon” Batal Dzhapua.

The ribbon's through pattern - lattice weaving in the form of a diamond border - symbolizes the structure of ashamaka - the Abkhaz ritual memorial candle. A schematic drawing of the flame and the date 1864 - refers to a candle, commemorated in memory of the victims of the involuntary resettlement of the mountain peoples of the Caucasus, which went down in history under the term Mahājirism in 1864-1887. The golden yellow color of the ribbon symbolizes the wax of the commemoration candle, the orange color represents the flame of the candle, black is the symbol of mourning, ash, smoke, soot from the multitude of commemorative candles lit on the victims of the forcibly resettled mountain peoples of the Caucasus. 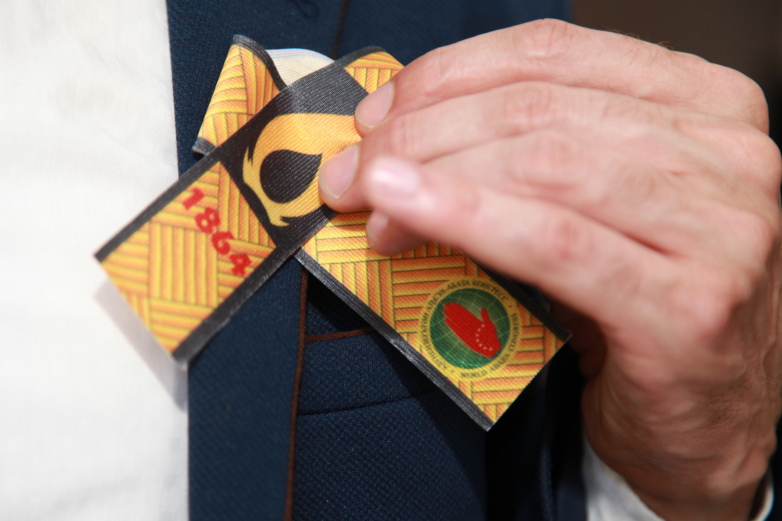 The ribbon can be attached to clothing on the left side or tied at the wrist.

According to the head of the Women's Council of the WAC, Geta Ardzinba, the action of “Ashamaka” will become an annual tradition.

“The memory ribbon will become a symbol of solidarity, it is intended to unite the people of Abkhazia with their compatriots abroad. The scope of the action is supposed to be wide, we want to give the action the character of a national movement, since our brothers in Turkey join it already today. Next, it is planned to expand the geography by joining the Diaspora in Jordan, Egypt, in the republics of the North Caucasus, first of all in the KChR, and other countries compactly populated by our Diaspora,” said Geta Ardzinba.

Day of sorrow is not accidentally held on May 21. On this day in 1864, a military parade was held in honor of the end of the half-century Caucasian War in the Kbaad tract (the present-day Krasnaya Polyana in Russia). For hundreds of thousands of people, defeat predetermined the fate. They were forced to leave their historic homeland and move to the Ottoman Empire, and from they were scattered in the rest world.

WAC Day of sorrow for the victims of the Caucasian War
To leave a comment you need
to login or register.
Share
No comments

WAC and a deputy of the Sukhum City Council organized a children's party in the capital
From 11 to 20: We speak Abkhazian / We speak Abaza
Another meeting of the members of the Supreme Council of the Congress was held online
The Tower of broken hearts: annual excavations of the Great Abkhaz Wall have been completed
All publications