The exhibition of folk Abkhaz and Abaza toys was opened in Sukhum in the Abkhaz State Museum.

The exhibition of folk toys was opened in the Abkhaz State Museum on Wednesday, May 8th.

For more than 18 years, the head of the Department of Ancient History and the Middle Ages of the State Museum, the author of the project Diana Akhba has been engaged in the history of the Abkhaz and Abaza folk toys. Thanks to her many years of work, she managed to preserve important information about the manufacture of a national toy. Akhba herself organized the exhibition.

“In childhood, we played different games, mainly with factory toys, in particular, with dolls. However, sometimes mother and grandmother showed me how to make dolls. I remember that I really liked these dolls from the past. Maybe that's why I decided to collect all the old toys and make an exhibition,” said Diana Akhba. 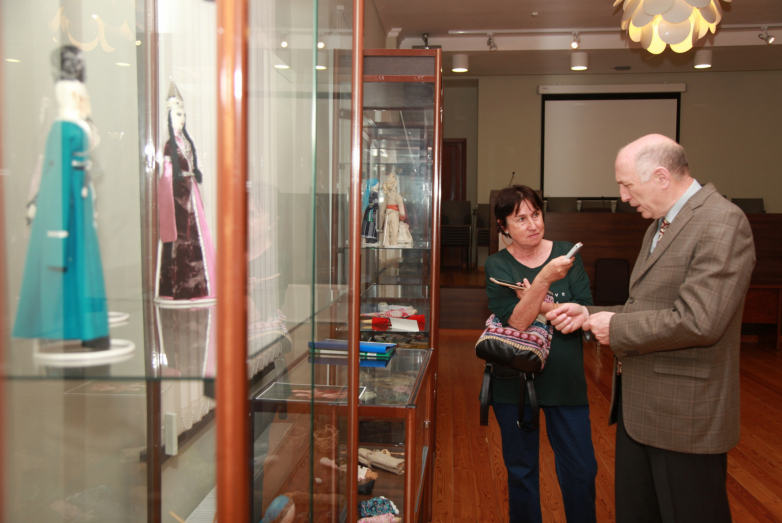 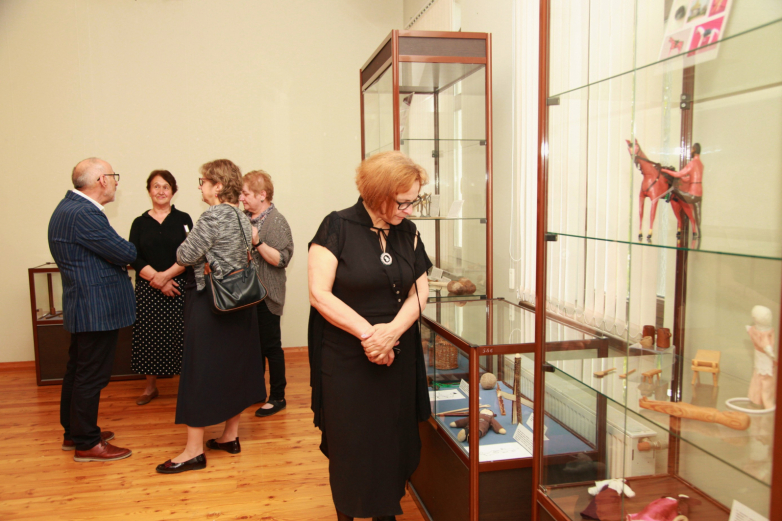 The collector began collecting information and the dolls themselves in 2001. At first, there were 25 dolls.

“I realized that a lot of time had been lost, and if we do not urgently start work on the study and restoration of knowledge in the field of the manufacture of Abkhaz folk toys, we will not be able to collect such valuable material. I collected dolls that our parents and grandparents played with,” she said.

In the process of research, Diana Akhba met with different people from 70 to 96 years old, many of whom are no longer alive. She managed to find experts in different parts of Abkhazia, who remembered how the Abkhaz national dolls looked like. Moreover, at the request of the collector, the villagers sewed dolls with joy and precision.

For all the time of her work, Diana Akhba has organized several projects devoted to the study and restoration of folk toys for girls and boys. 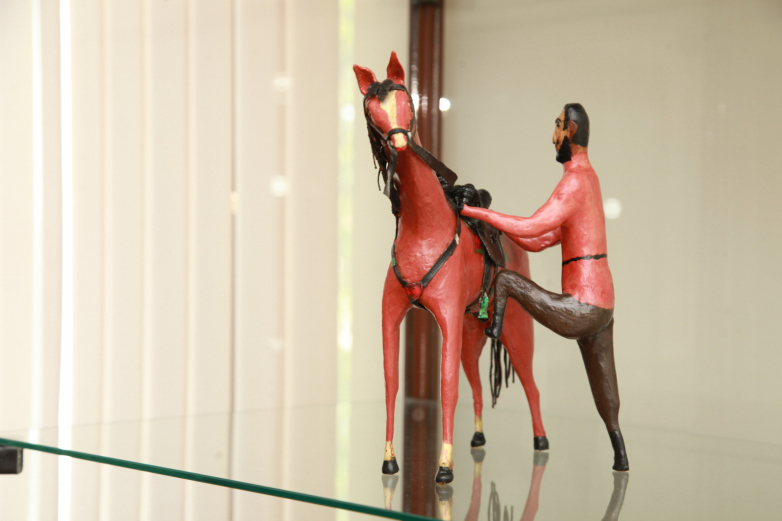 The composition “Horse and Horseman” is made of wood.  Author - Valiko Khagush
© WAC / Naala Avidzba 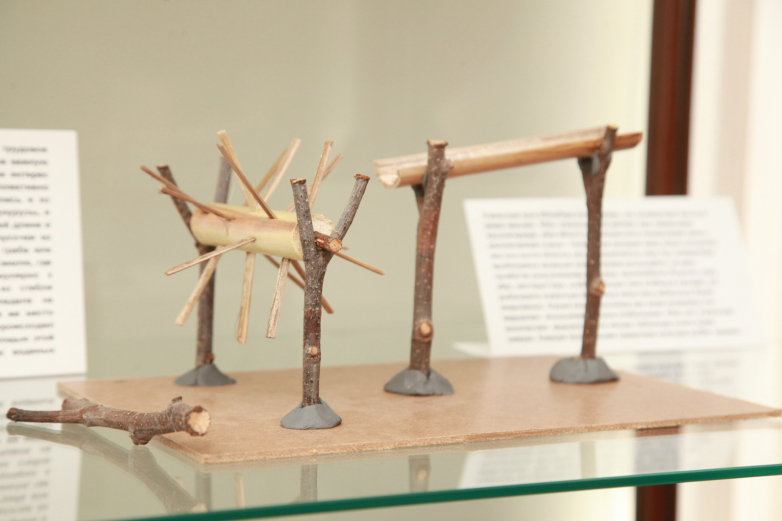 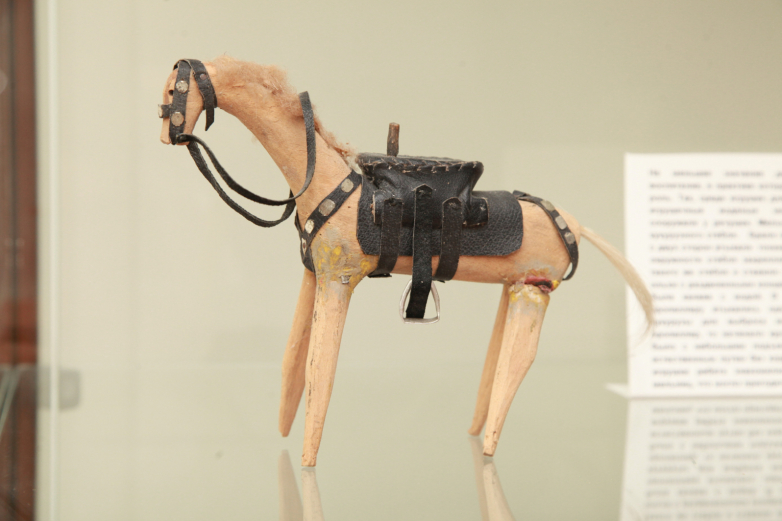 Thus, Akhba’s collection of Abkhaz folk toys was exhibited in the St. Petersburg Toy Museum. The exhibition was held in 2007 with the support of the Cabinet of Ministers of the Republic of Abkhazia and the State Museum.

Another project, in which the craftsmen taught to make national toys for children, was supported by the Community Development Foundation “Amshra”. Diana Akhba closely cooperated with the “Alashara” autonomous non-profit organization within the framework of the project: “Studying and making Abaza and Abkhaz folk toys”.

“Interesting Abaza folk toys were revealed, an article was written to work on the study of Abaza folk toys, and in 2017, an exhibition “Abaza and Abkhaz folk toys” was organized in Sukhum, Diana Akhba explained. Models of these caps could be very different.  Sometimes they even decorated a Christmas tree.
© WAC / Naala Avidzba

Today, the collector continues to engage in research work, collects field material, meets with craftsmen from different areas of Abkhazia, with those who used to make toys in childhood.

“One can find space in Sukhum for these beautiful toys, one big room and organize a small museum of Abkhaz folk toys. I spoke about this with the mayor of the town (the head of City Council from 2015, Adgur Kharaziya - ed.). He was very interested and promised to think about it. I am sure that this would arouse the interest of both residents of Abkhazia and guests of the Republic, because toy history is part of the culture of the people, which from generation to generation for centuries conveyed unique traditions of making national Abkhaz toys,” said Akhba. 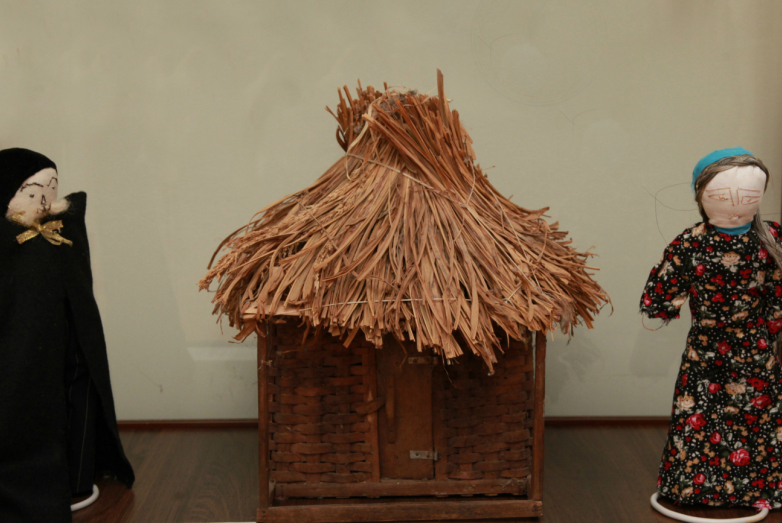 Folk Abkhaz toys have become a real rarity.  In the photo: dolls made by Mramza Marykhuba
© WAC / Naala Avidzba Toys for girls.  These dolls are made of corn.
© WAC / Naala Avidzba

The opened exhibition of folk toys, indeed, aroused great interest among the guests and residents of Sukhum. A huge amount of work is visible behind this exposition, a visitor to the exhibition, who presented herself as Irina, believes, since “there are not many carriers of information about the old Abkhaz and Abaza toys.”

“I bow to the author of the project for re-creating information that is so important for the history of the people. The exhibition, of course, impressed with its scale. It was such a surprise for me to see such a great variety of forms and the materials from which our ancestors made toys. It is important that these were environmentally friendly materials, which generally characterizes the

life of the time. There is a feeling that I managed to look into the world of childhood of our grandparents,” shared Irina.

The exhibition of folk Abkhaz and Abaza toys will last until May 10, anyone can visit it. 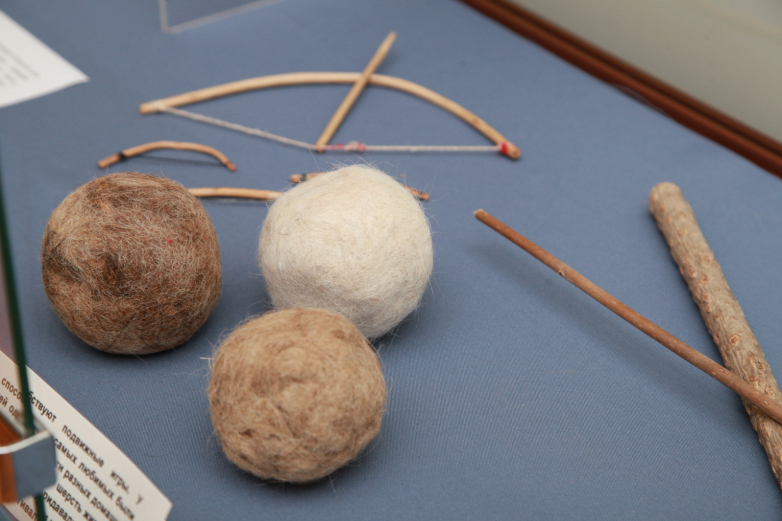 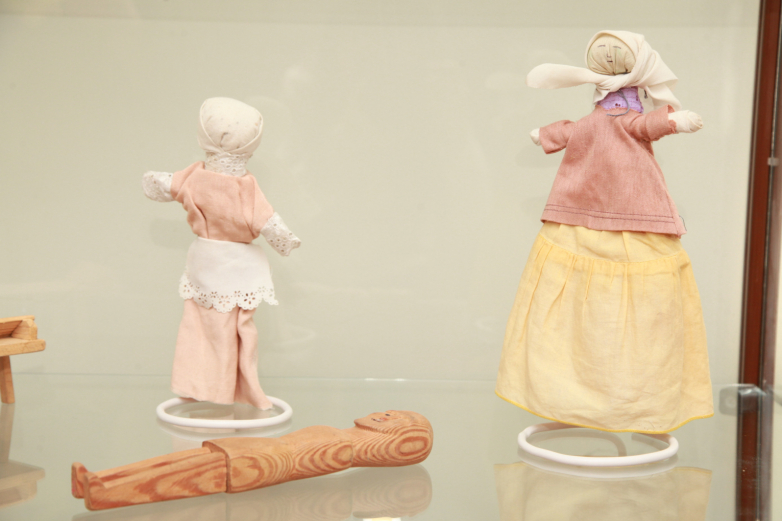 A round-house “kruglopletenka” depicting the most ancient structure of the Abkhaz
© WAC / Naala Avidzba
To leave a comment you need
to login or register.
Share
No comments

Activists and local residents of Kutol village to build a mini-football pitch
From 41 to 50: We speak Abkhazian / We speak Abaza
Operational Headquarters: 14 new cases of COVID-19 infected in Abkhazia and the first infected from among vacationers