"Apsuara and the dialogue of generations": WAC Discussion club resumed its work

The Discussion club of the World Abaza Congress held the first meeting in the direction of "Apsuara and the dialogue of generations".

The Discussion club of the WAC held its first meeting on "Apsuara and the dialogue of generations." The format of the meeting was a round table with invited experts. By decision of the Supreme Council of the WAC Mussa Ekzekov, the Discussion club is now headed by Rustam Zantaria.

The Discussion club was attended by the following people: People's Artist of Abkhazia, musician, conductor, composer Nodar Chanba (former Minister of Culture and Education of the Republic during the PAPA - ed.), Director of AbIGI, member of the Supreme Council of the WAC Arda Ashuba, philologist and Abkhazian scholar, associate professor at the Department of the Abkhaz language of ASU Diana Shamba, "Chegemskaya Pravda" editor Inal Khashig.

The focus of the round table was the issue of teaching Apsuara (Apsuara is a set of original Abkhazian traditions and customs, includes traits of an ideal personality - ed.) as a subject in the schools of Abkhazia. 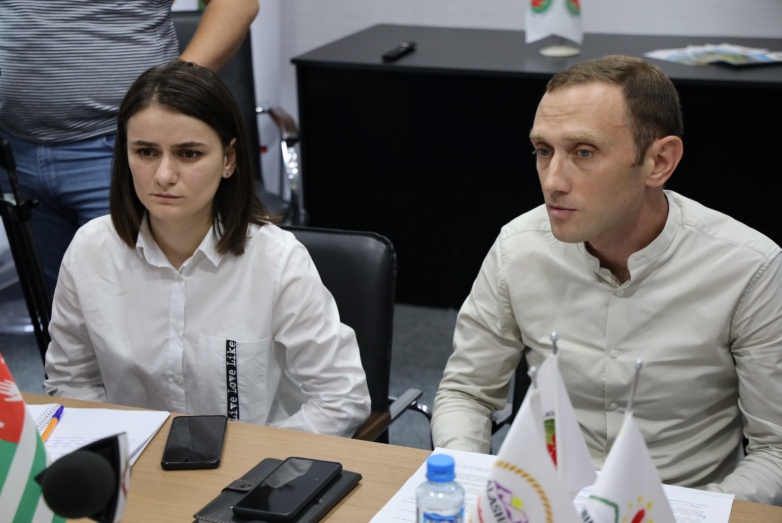 Rustam Zantaria recalled that the experience of teaching the "Apsuara" subject already exists: it was taught in educational institutions of the country during the Patriotic War of the people of Abkhazia in the 90s of the last century.

"Later, the issue [of teaching Apsuara] was repeatedly discussed at various levels, including at the highest state level. Almost always, the participants agreed on the need to re-introduce the Apsuara subject into the school curriculum, moreover, to publish a manual [on the study of Apsuara], but the matter did not go further than discussions. We (the Discussion club - ed. note) want to try to understand the issue and put forward our own project in resolving this issue. We are waiting for opinions, suggestions and specifics from experts," Rustam Zantaria outlined the direction of work.

Nodar Chanba spoke first. During his term as the Minister of Education, Apsuara was taught as a subject in schools with the direct support of the first president of Abkhazia, Vladislav Ardzinba.

"First of all, I am pleased that this issue is of interest to the World Abaza Congress. There have been many attempts to revive the topic, at least at the discussion level, among the scientific world, the intelligentsia, writers, and teachers. However, so far there is no positive result that could be noted as a shift in this direction. In my opinion, this is because "Apsuara" is a comprehensive concept, I would say, human forming, a system of values that our people have accumulated in their lives for thousands of years and thus retained their identity. We are not able today to cover it as a whole. In the scientific world, "Apsuara" is translated as "Abkhazism", but this, in my opinion, is erroneous, it belittles the great teaching, which shows universal human values. The teaching of our people rises to the planetary level. Therefore, Apsuara is necessary not only for Abkhazians, but also for all peoples living in Abkhazia," Chanba believes. 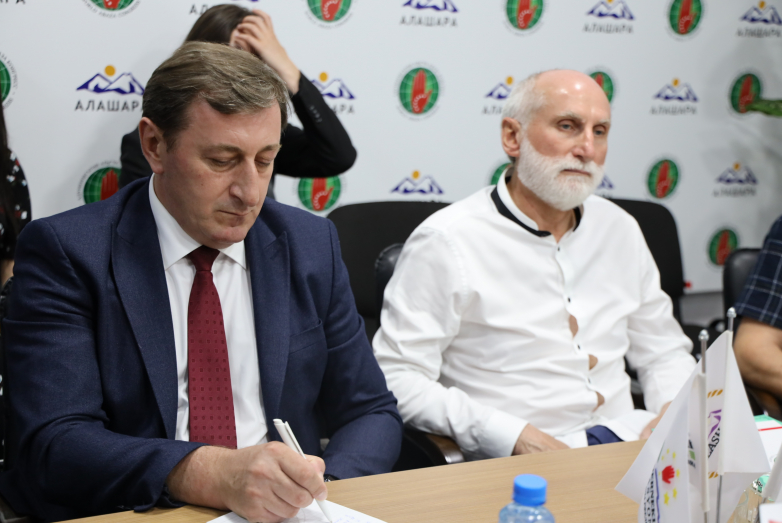 He spoke about how at one time he had the idea to introduce Apsuara into the school curriculum.

"After the war, we had to save ourselves. I thought over the mechanisms that can save us. I concluded that it could only be Apsuara. I did not find anything else - neither economic nor technological opportunities. Therefore, I went with this idea to Vladislav Ardzinba. Scholars and teachers were called together and began to think about how to introduce the subject in the absence of a textbook. The working groups were created; a curriculum was drawn up on what should be done during Apsuara lessons. We understood the need for this layer of education," Nodar Chanba shared his memories.

The participants of the round table asked themselves: does it make sense to teach children Apsuara, introducing a special school discipline, or should its main postulates be inculcated in the family? Moreover, who exactly should be taught: children from Abkhazian families or all future citizens of Abkhazia?

"The time when there were no schools, when Apsuara was studied in the family, has passed. Now is a different time, and we must follow it. In France, I did not teach my children French, the state did, as it cares about who will be its citizens and what language to speak with them," Nodar Chanba noted.

The Abkhazian scholar and philologist Diana Shamba gave examples from her teaching practice at the Abkhazian State University and shared interesting, however, rather sad observations. According to her, the number of Abkhazians who know their native language has decreased. At the same time the Abkhaz language and Apsuara are interconnected, Shamba is convinced.

"I remember there was a discussion about whether to introduce such a subject. They said that Apsuara is not science: who studied Apsuara from books, when all this was absorbed in the family, and it is in the blood? The basic postulates were assimilated on the examples of the elders [before]. Today, there are few such examples; young people today do not see standards of behavior. At the same time, there is an interest among students [in this], especially among boys, they ask how to behave at certain events, in public places," the teacher said.

She believes that it is necessary to prepare a training manual for Apsuara. In her opinion, there should be different publications for different age groups - children, adolescents, students.
A member of the Supreme Council of the WAC, director of AbIGI Arda Ashuba, in turn, is confident that a person should draw Apsuara, first of all, from the family. 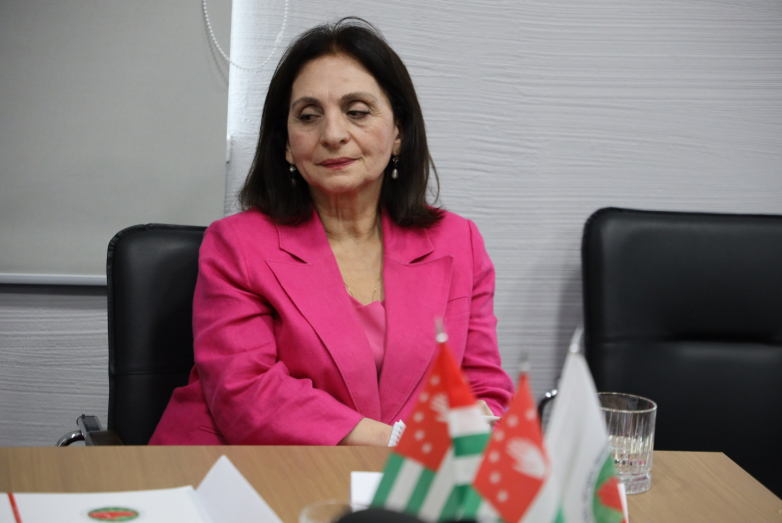 "There is a need for the subject, as we see that otherwise [Apsuara] cannot be preserved. If language dies, Apsuara dies. However, it is impossible to study it only in a state institution. Family is the main thing. Conscience cannot be taught artificially. Who is responsible for that? Why a teacher? According to Apsuara, who is tarnished when a person did something wrong? Parents. This means that parents in a family should educate in the spirit of Apsuara. He [an elder] must be the bearer of Apsuara. He must be a model example, one to whom young people turn for advice," he said.

The editor of the "Chegemskaya Pravda" newspaper, Inal Khashig, noted that Apsuara for the Abkhazians was "both a constitution, a code of conduct, and a law, when the Abkhazians did not yet have a state." Today, parents do not have guarantees that their son or daughter will learn their native language at school, he stated with regret.

In general, the speakers of the round table noticed a direct connection between knowledge of the native Abkhaz language and adherence to the principles of Apsuara. 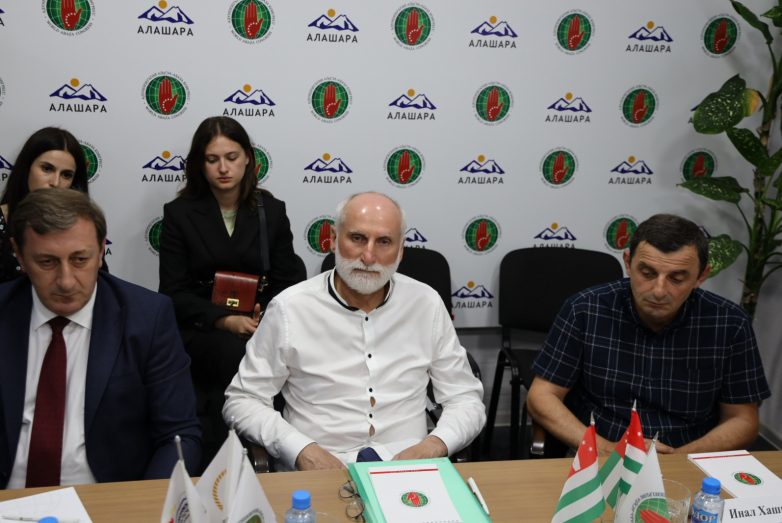 Summing up, the head of the Discussion club, Rustam Zantaria, noted that the "super task" of the club organizers is to make the round table serve as an impetus for real actions in the direction of preserving the historical and cultural heritage of the Abkhaz-Abaza ethnic group, one of the most important components of which is the Apsuara code. Zantaria thanked the participants and said that the next meeting of the Discussion club will be held within two weeks, the date will be fixed soon. The next meeting will be devoted to the development of a project in the direction of Apsuara and then it will be offered for approval to the leadership of the WAC.

The Discussion club of the WAC in Abkhazia first began work in November 2019. The main areas of the club's work were the topics of preserving and developing the Abkhaz language, popularizing literature in the native language, preserving the historical and cultural heritage of the Abkhaz-Abaza ethnic group, developing and popularizing domestic science, and preserving the traditional moral and ethical code of Apsuara. 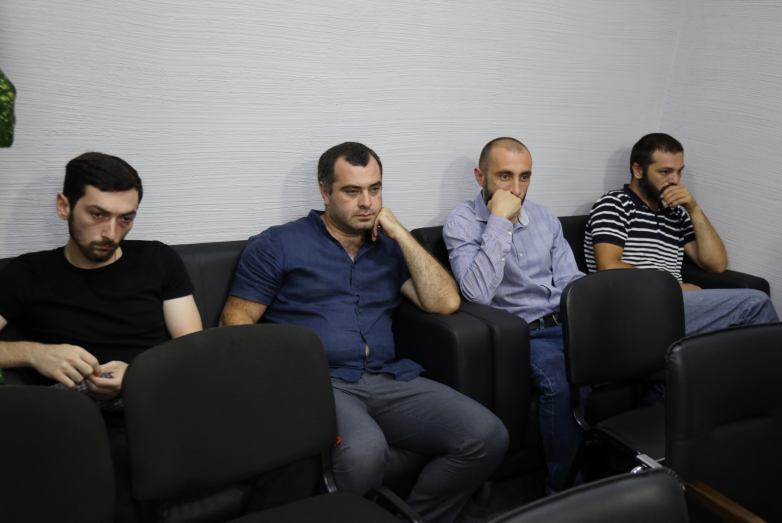 "Apsuara and the dialogue of generations": WAC Discussion club resumed its work
© Amra Amichba
To leave a comment you need
to login or register.
Share
No comments