A press screening of a new documentary about the Abkhazian song, filmed as part of the WAC project on the intangible heritage of the Abkhaz-Abaza people, was held in Sukhum.

A press screening of a new documentary film about the Abkhazian folk song was held in Sukhum on 16 May. The film was shot as part of the "Amazara" project of the WAC and the ANO "Alashara" about the intangible heritage of the Abkhaz-Abaza people. 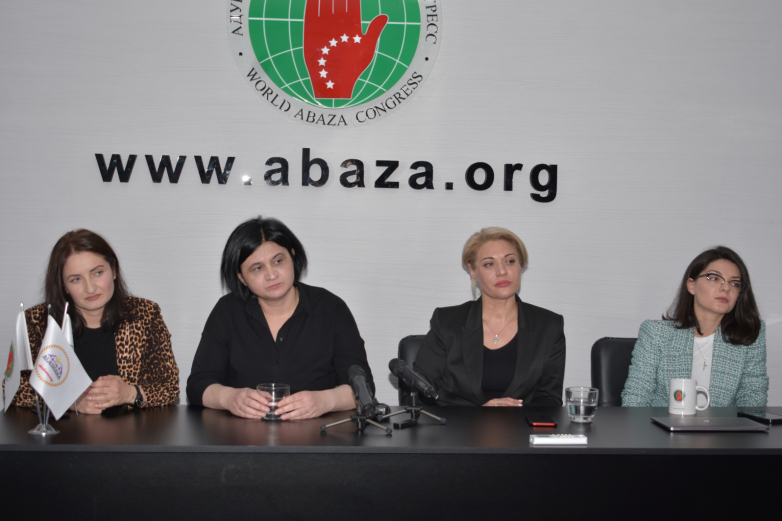 The first viewers of the film were representatives of the media of Abkhazia, special guests and the makers of the film themselves. For 27 minutes of the film, the audience learned the details about six folk songs, namely, when they were performed in the old days, what events in people's lives are associated with their appearance, and, most importantly, how they sound. These are lullabies, heroic, labor, wedding, ritual, religious songs in the Abkhaz language. In the film, they were performed by members of the "Ахьышьҭра" original choir from Gudauta.

At the end of the film a kind of flash mob took place: members of the choir unexpectedly rose from the hall - they were present at the screening - and sang one of the songs that had just appeared in the film.

According to Batal Kobakhia, the guest of the press screening, the Hero of Abkhazia, the filmmakers managed to convey the cultural layer of chants that the Abkhazians have.

"The filmmakers have made public what belongs to us. The film is not a souvenir. If my culture is a "souvenir" for others, then it [it] is withdrawn from the common space. I am annoyed by pathos in Abkhazian documentaries, whereas archaism, depth and epic are reflected in this film," he believes.

Batal Kobakhia is sure that "no one in Abkhazia sings better than the "Ахьышьҭра" choir", and was mad that now it is rarely possible to hear the group "live". He especially noted the work of director Madina Argun and called the very fact that a documentary was made by a theater director a "good experience".

According to the director of the Central Exhibition Hall Elvira Arsalia, who was also present at the show, the "Amazara" project of the WAC on intangible heritage is "priceless".

"The activities of the Congress, aimed at the preservation of non-material culture, deserve special gratitude. Madina, as a director, was able to show that music is an inseparable part of a person’s cultural layer, which forms his worldview and attitude," Arsalia said.

The participants of the press screening noted the importance of the fact that the film was translated into six languages ​​by the WAC web information portal, which "will allow broadcasting the wide heritage of the Abkhazians to the world."

"In order to survive, it is very important for us to broadcast [our culture] the outside world. Six languages ​​is a very wide flow of information, it will reach the audience far beyond the professional community. Many people don’t even know that we have such a unique part of the culture. It has been preserved thanks to the young and talented members of the choir," said Elvira Arsalia.

After the screening, a press conference of the filmmakers was held at the press center of the World Abaza Congress.

Panelists of the press-conference, the film director Madina Argun, the head of the Women's Councils of the WAC Geta Ardzinba, the moderator of the press conference, the head of the WAC information portal Amina Lazba, the leaders of the folklore choir "Ахьышьҭра" Esma Gunba and Saida Dzhenia, the composer Temur Agrba, the cameraman Naala Avidzba answered questions from journalists about how the creative team was formed, how the script was written, what criteria were used to select the songs for the film, and in what atmosphere the shooting took place.

The head of the Women's Councils of the WAC, Geta Ardzinba, told reporters that the project will be continued with the joint work with the Ministry of Culture of Abkhazia on the reprinting of the book by the composer-ethnographer Konstantin Kovacs "101 Abkhazian folk songs" of 1929.

The "Amazara" project of the World Abaza Congress and the ANO "Alashara" is dedicated to the intangible heritage of the Abkhaz-Abaza people. The author of the idea is Mussa Ekzekov, Chairman of the Supreme Council of the WAC. The project is aimed at promoting the intangible cultural heritage of the Abkhaz-Abaza people through modern Internet technologies. Earlier, within the framework of the project, three films were created and presented about the Abkhazian national dance, about the Abkhazian folk song "Нарҭаа рышҭыбжь" and about the traditional knife business of the Abaza.