Works of the artist Varvara Bubnova, who lived in Abkhazia for 20 years, were presented in Moscow

An exposition of rare works by the artist Varvara Bubnova from a private collection has opened in the museum of Marina Tsvetaeva in Moscow.

An exhibition of paintings by the famous artist Varvara Bubnova, who has lived in Abkhazia for more than 20 years, has opened at the Marina Tsvetaeva house-museum in Moscow.  At the exhibition, entitled “Varvara Bubnova. Russian Avant-Garde and Japanese Traditions”, rare works of the Japanese and Abkhaz periods of the Russian artist are presented.

The young years of Varvara Bubnova fell at the beginning of the Soviet regime, she emigrated to Japan and lived there a significant part of her life, and at the end of her life she returned to the USSR and lived in Sukhum. 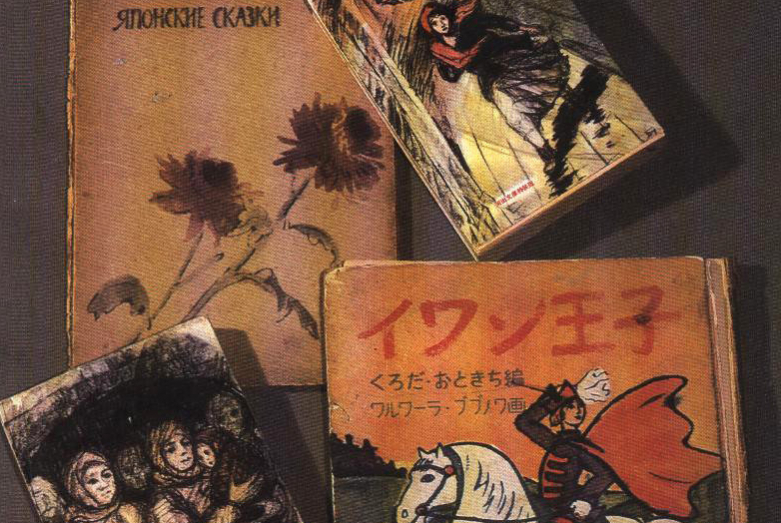 “She (Varvara Bubnova - ed.) got a second wind in Sukhum.  She was already about 80 years old, but it was the best period in her work, the most expressive and vibrant,” says the art critic.

As for the works of the Japanese period of the artist, not a single publication in Japan about the Russian avant-garde, in the mainstream of which Bubnova painted her early paintings, can do without their mention.

Alexander Lozovoy added that the exhibition is a chamber exhibition: these are only 14 works from a private collection.

The history of the collection is of particular interest. During her life in Sukhum, Varvara Bubnova presented the works to her friend with the only condition: they should never leave Russia.  Lozovoy noted that this collection got over the difficult times of World War II and miraculously survived.

Today’s owner of the collection, Kirill Barashkov, who provided the works for the exhibition, said that Bubnova’s paintings are exhibited infrequently, but regularly.

“In the 1970s, the Pushkin Museum of Fine Arts [held an exhibition].  Ten years ago - in the Tretyakov Gallery.  And constantly, every three years, the exhibitions of [Bubnova] are held by Shazina Agrba (founder of the Moscow art gallery “Shazina”, director of the Fazil Iskander International Foundation for Culture “Human stand” - ed.),” said Barashkov.

Shazina Agrba for many years, in her own words, has been engaged in “promoting the heritage of Varvara Dmitrievna.”

“Varvara Bubnova is a rare artist, an encyclopedically educated person with an aristocratic upbringing. But the most striking thing is the high ethical level of her personality, which she never betrayed, despite all the difficulties that fell on her.  Today it is very important, as an example and edification, as an image of a person and an outstanding educator,” said Agrba.

According to her, one of the paintings exhibited - the work of 1922 “The Mask” - is so interesting that it “deserves a separate study.”

Varvara Bubnova was born in Leningrad (Soviet name of St. Petersburg - ed.).  She was a graduate of the St. Petersburg Academy of Arts, a member of the Union of Youth (one of the first avant-garde associations in Russia - ed.), and later - an employee of the Moscow Institute of Artistic Culture.

In 1923, Bubnova left Soviet Russia and went to live in Tokyo with her younger sister Anna, an outstanding violinist.  The niece of Anna's husband, the samurai Ono, was the famous Yoko Ono, an artist and musician, the wife of one of the founders of “The Beatles” John Lennon.  Anna taught little Yoko music, and Varvara taught painting.

Bubnova spent 34 years in Japan, then left for Abkhazia and only at the end of her life returned to Leningrad.  Her paintings are today in the collections of major domestic and foreign museums. 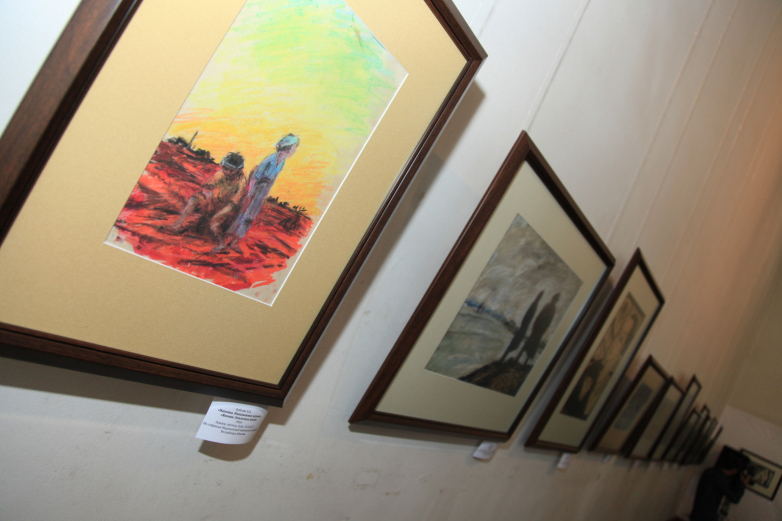 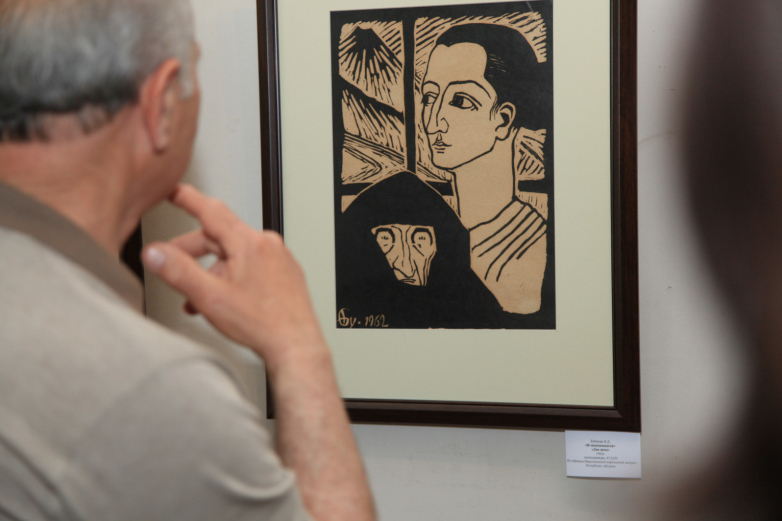 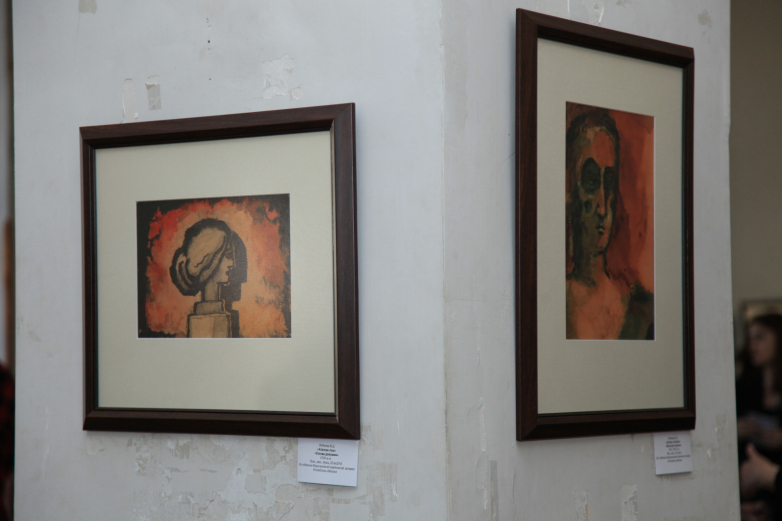 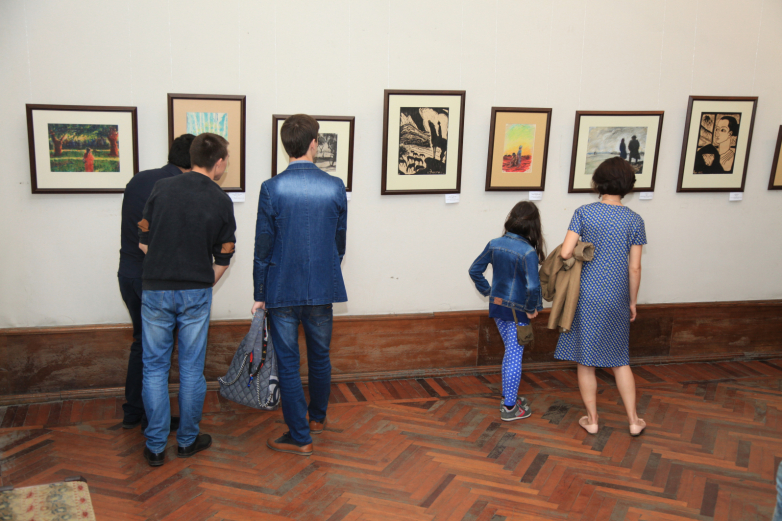 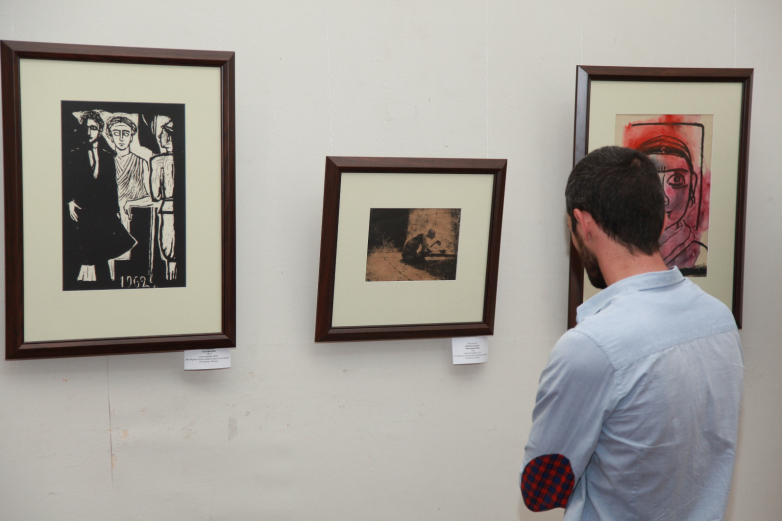 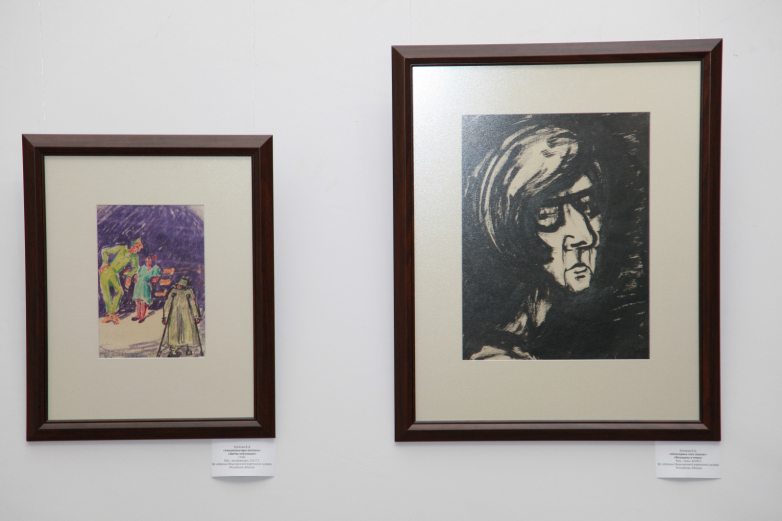 At the exhibition of works by Varvara Bubnova in Sukhum in May 2016.  Archive photo
© Foundation of the National Art Gallery of the Republic of Abkhazia
To leave a comment you need
to login or register.
Share
No comments