Ancient plate with inscriptions in Aramaic discovered in Abkhazia

An ancient plate with inscriptions in Aramaic was found during archaeological excavations on the outskirts of modern Ochamchira in Abkhazia.

Abkhaz and Russian archaeologists, as part of an expedition in the area of ​​the towns of Tkuarchal and Ochamchira, Abkhazia, discovered a fragment of an ancient plate with inscriptions in Aramaic.  Excavations during which the plate was found were carried out on the ancient city of Güenos (the oldest city in the territory of modern Abkhazia, it used to be a Greek polis - ed.), located on the outskirts of the modern town of Ochamchira. Scientists date the found fragment of the plinth (wide and flat burnt brick - ed.) to approximately the VI century. 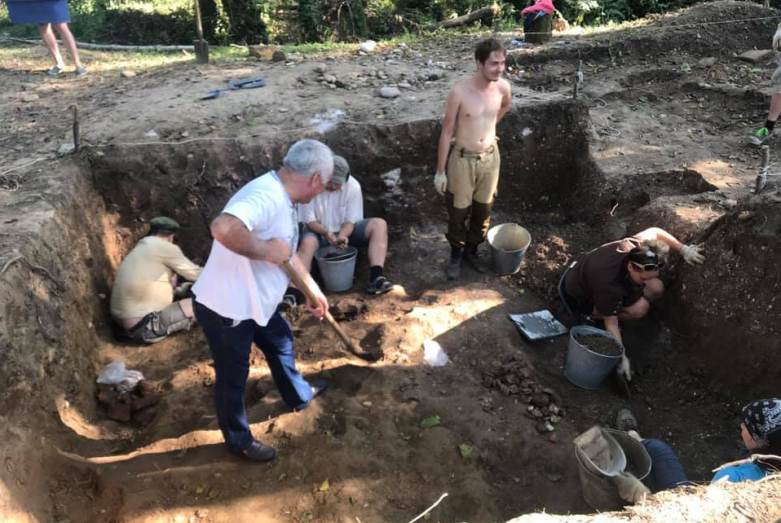 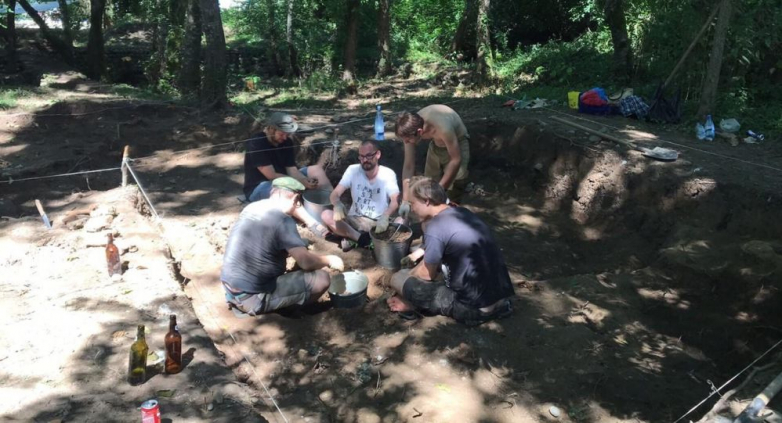 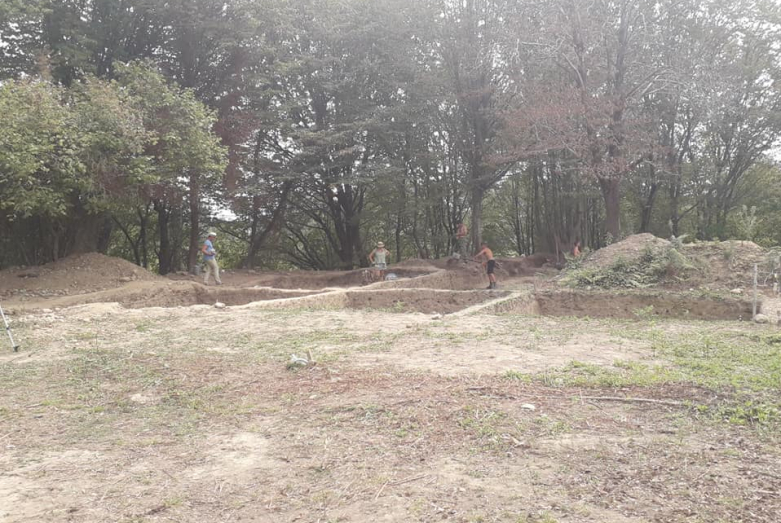 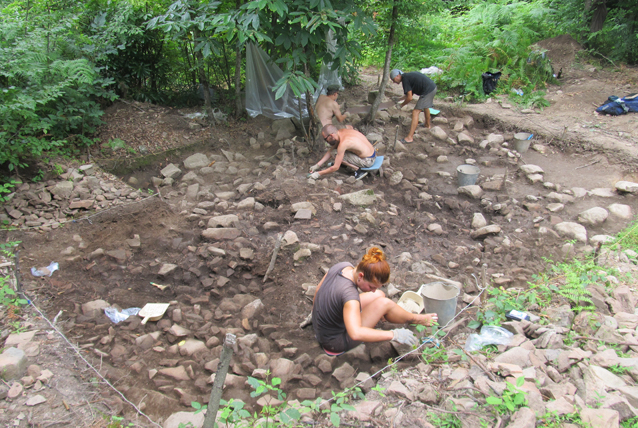 Funeral and memorial pavement and production complex of the Jantuh archaeological expedition, 2017
© old.archaeolog.ru 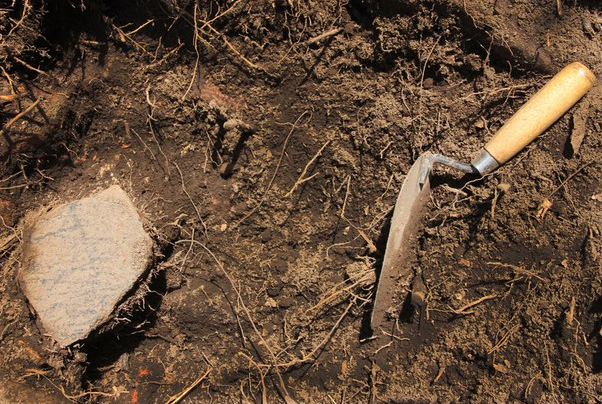 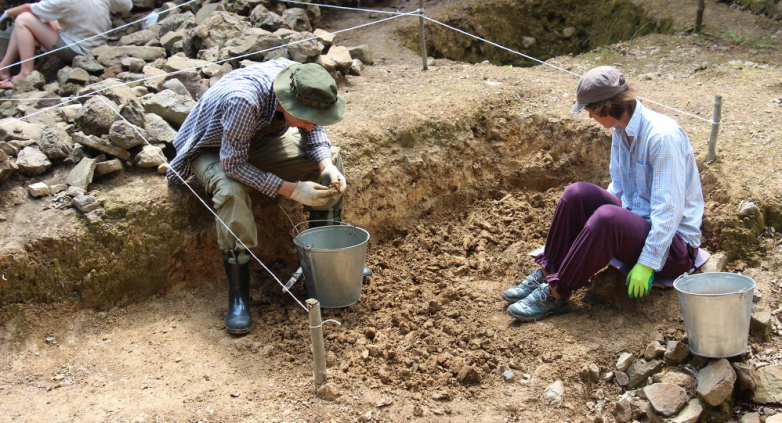 The director of the Abkhaz State Museum Arkady Dzhopua said that the archaeological artifact is now under study.

He noted that Abkhaz and Russian archaeologists began field work in the east of Abkhazia in early July this year, for the first time in 35 years: the previous expedition took place back in the Soviet years.

“Probably, the plinth belonged to the ruins of the temple, studied on this site by the expedition of Sergey Shamba in the 1980s.  It has an inscription made, according to the conclusion of competent specialists, in Aramaic.  The inscription presents the first seven letters of Aramaic writing.  This find is unique to Western Transcaucasia.  The inscription will be on display at the Abkhaz State Museum,” said Dzhopua. The expedition began on the Jantuh Mount (located in the south-east of Abkhazia, in the vicinity of of Tkuarchal - ed.) and from there moved to the Guenos settlement, where a plate with Aramaic inscription was found.

The scientist also added that archaeologists have already studied the burial ground of the Early Iron Age at Jantuh, discovered many finds that are currently being put into scientific circulation.  In addition to thousands of bronze and iron products, gold items were found there: a figurine of a ram as a piece of jewelry and a local copy of the coin of Alexander the Great.

As for the Guenos settlement, according to Dzhopua, the excavation will continue here and, most likely, will last “several years.”

Ruins of an ancient temple of the people of Abaza found in the vicinity of Sochi
Kobakhia: monuments of all periods of human civilization are present in Abkhazia

The transformation of national identity was discussed at the WAC Discussion Club
A stone with a face: a drawing of the Hero of Abkhazia Rauf Dzhikirba was found 30 years later
"The Way to Harmony": a new project of the WAC was presented in Sukhum

The WAC conducted trainings on first aid and national games in the village of Abgarkhuk
A stone with a face: a drawing of the Hero of Abkhazia Rauf Dzhikirba was found 30 years later
The transformation of national identity was discussed at the WAC Discussion Club
"The Way to Harmony": a new project of the WAC was presented in Sukhum
All publications