First in Istanbul: WAC local branch councils to be opened in Turkey

WAC will open the councils of the local branch of the Congress in the cities and districts of the Republic of Turkey.

The councils of the local branch of the World Abaza Congress will be opened in the Republic of Turkey, said the Executive Secretary of the Congress Inar Gitsba, who arrived in Turkey on a working visit on October 5.

The WAC Executive Secretary said that on the first day of the visit, a working meeting was held with the leadership of the Federation of Abkhaz Cultural Centers in Turkey (Abkhazfed), where it was decided to create a Council of the local branch of the WAC in Istanbul. All the necessary documents for this will be executed in the near future, said Gitsba.

He also said that the meeting participants discussed issues related to the adoption of new members in the WAC. Participants in the event joined the ranks of the Congress right at the meeting.

Commenting on the opening of the councils of the local branch of the WAC in Turkey, the head of the Abkhazfed Atanur Akusba noted that for representatives of the Abkhaz-Abaza ethnic group, the Congress is a “big house” that “gathered under its roof” Abkhaz and Abaza from around the world.

“Therefore, the local cultural centers belong both to us (Abkhazfed - ed.) and to the World Abaza Congress, - said Akusba. - And if we work together, we will achieve great success in the unification of our people, in strengthening the ties of the Diaspora with their historical homeland.”  If the Federation of Abkhaz Cultural Centers becomes stronger, more united, then Congress will be able to do more, both organizations will strengthen each other, facilitate the work of each other.”

The Chairman of the Abkhazfed recalled that the Federation of Abkhaz Cultural Centers is already doing a lot of work together with the staff of the WAC in Turkey.

“We need to get to all the places where our compatriots live, unite our brothers, register them both in the Federation and in the Congress. We [so far] have reached far not everyone. A lot of things are ahead, we are meeting, discussing them together,” Akusba said.

He emphasized that the main task for today is “creating a common and united idea” for compatriots around the world.

“So far the picture is the following: in Egypt - one idea, in Jordan - another, in Turkey - third one. The idea must be a single one, and we must build it up all together. What do I mean by the idea: the first is the preservation of our people, the second is the strengthening of national identity and the third is the creation of conditions for returning to the homeland. Further [we can] already help businessmen, athletes and everyone else to unite according to their interests. This is our main task,” said Atanur Akusba. 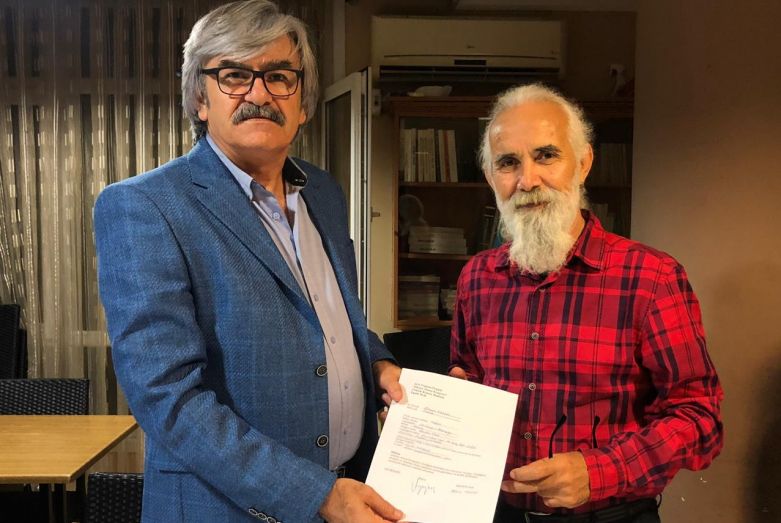 In his opinion, it is necessary to conduct an analysis within the large Abkhaz-Abaza Diaspora, which will allow “a clearer understanding of the worldview and self-consciousness of compatriots.”

The working visit of the Executive Secretary of the World Abaza Congress to the Republic of Turkey will last until October 13. Within the framework of the trip, meetings are planned with representatives of the Abkhaz-Abaza Diaspora living in the Anatolian Turkey (central region of Turkey - ed.).

Diaspora WAC Turkish Inar Gitsba Atanur Akusba
To leave a comment you need
to login or register.
Share
No comments

Head of the Abkhazfed in Turkey Atanur Akusba: The question is about the preservation of the nation
WAC and Abkhazfed discussed a joint work plan in Turkey
WAC, Abkhazfed and Kaffed summed up the results of working meetings in Turkey
Abkhazfed and civil society organizations of the KBR and the KChR agreed to cooperate