Plenipotentiary Representative Office of Abkhazia in Turkey: quarter of a century of work

Heads of the Representative Office who held this important post in different years told how the Abkhaz office in Turkey has changed in 25 years of work, what difficulties it faced, what projects it plans and implements.

For Avidzba, who has been working in this position for more than 20 years, representation work has become a huge and very important part of life.

Here is what he himself tells about his appointment: “Vladislav Ardzinba invited me and said that he wanted to entrust this responsible mission to me. That was 26 years ago, a year before the opening. I think the choice fell on me, because by that time I already had friendly relations with many representatives of our Diaspora in Turkey.” 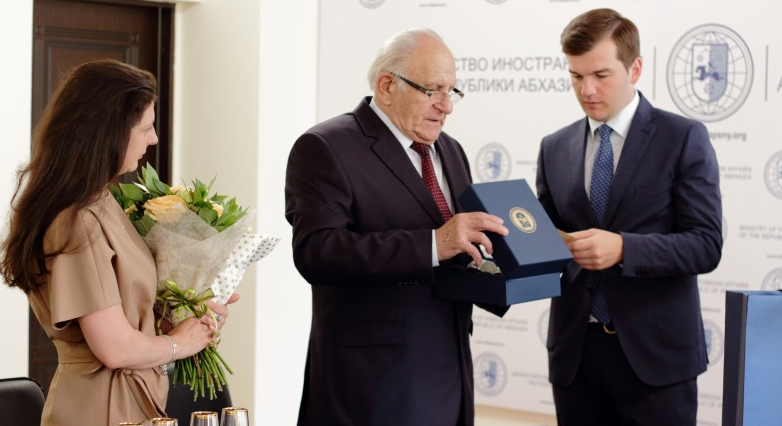 All the years of work in Turkey, Vladimir Avidzba kept a personal diary, in which he carefully made notes on “the events of the past day”. He began to keep records almost simultaneously with the opening of the Abkhaz Representative Office in Istanbul, so he remembered well that day - the day of the opening of the Representative Office - and his attitude to this event.

“Being a pioneer is very difficult and very responsible. I was supported by my friends and many other people. By that time I already held various positions and had the experience I needed. I was worried. But deep in my soul, despite my excitement, I was proud and glad. Starting work, first of all I wanted our compatriots living there to pay attention to Abkhazia. In this direction, we have done a lot of work, held many meetings,” recalls Avidzba.

“All the embassies are in Ankara, but the majority of Abkhaz are in Istanbul”

It was no coincidence that a representative office was opened in Istanbul: this is how Vladislav Ardzinba himself decided. According to Avidzba, the first President of Abkhazia gave an indisputable argument in favor of this decision: “It is clear that all the embassies are in Ankara, but we, first of all, have to work with the Abkhaz, and most of them live in Istanbul.” The Representative Office is located today in Istanbul.

In 2014, Vladimir Avidzba as Plenipotentiary was replaced by Inar Gitsba, who continued the good traditions established by his senior colleague.

“I faced issues of strengthening ties between our large Diaspora in Turkey and Abkhazia, as well as the promotion of the foreign policy interests of our country. In principle, since the establishment of the office, these tasks have not changed and are still relevant, perhaps [only] the ways to accomplish them have changed, ”Gitsba said. 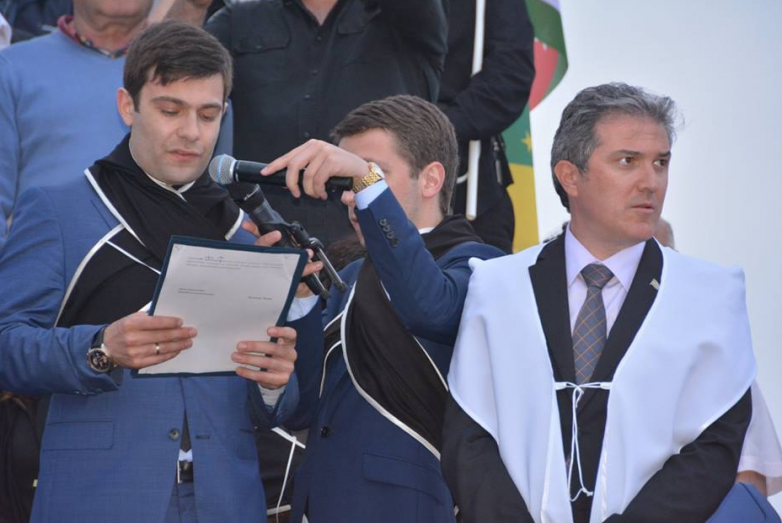 At commemorative events on the Day of Remembrance of the Victims of the Caucasian War, Istanbul, May 21, 2015
© From the archive of Inar Gitsba 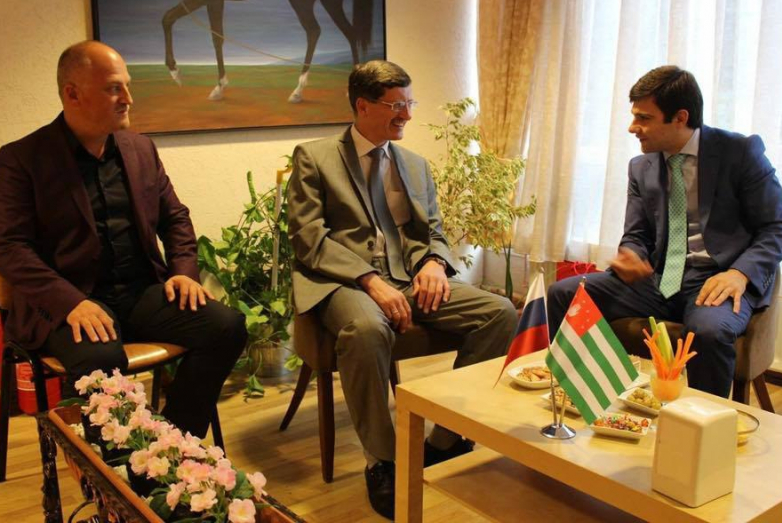 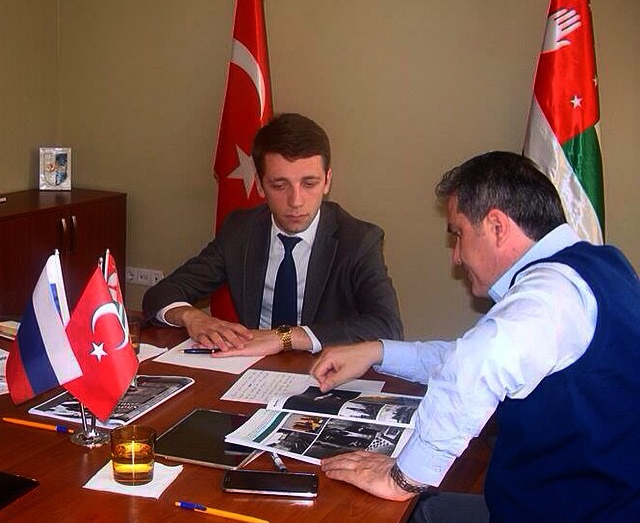 Alyas Asabua, Advisor to the Plenipotentiary Representative of Abkhazia in Turkey, and Atanur Akusba, Deputy Chairman of the Federation of Abkhaz Cultural Centers in Turkey, 2015
© From the archive of Alyas Asabua

The Representative Office has always conducted and conducts today many events: cultural, humanitarian.

“We organized the participation of our (Abkhaz - ed.) Creative teams in local concerts and events of various levels, provided for the visits of our sports teams,” says Inar Gitsba. “During the years of work of the Plenipotentiary Representative Office, twinned relations were established between some cities of Turkey and Abkhazia, and much attention was paid to education: our children have the opportunity to study in Turkish universities.” 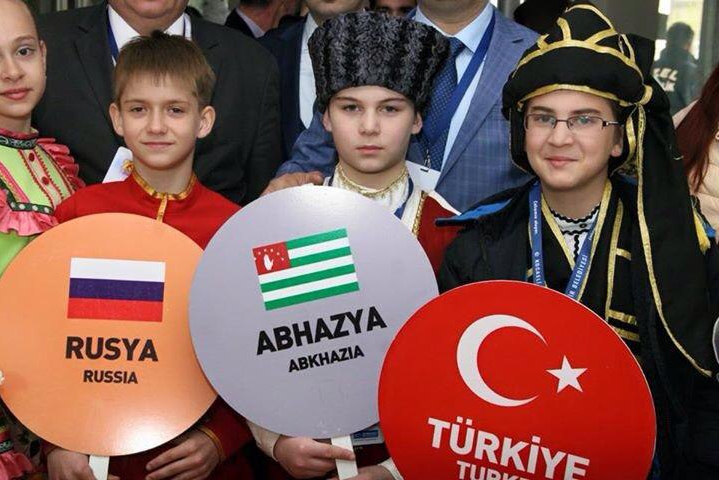 Official participation of the Abkhaz delegation in celebrations in Turkey on the Day of National Sovereignty and Children, April 23, 2015
© From the archive of Inar Gitsba

Strengthening ties and promoting the interests of Abkhazia

On July 17 2018, Inar Gitsba was replaced by Vadim Kharazia as the Plenipotentiary Representative Office Abkhazia, who currently holds this post. Just as during 25 years, the Representative Office works mainly in two of the most urgent areas: strengthening ties with the Abkhaz Diaspora in Turkey and promoting the foreign policy interests of Abkhazia in the Republic of Turkey.

Vadim Kharazia notes that more than 500 thousand representatives of the Abkhaz Diaspora live in Turkey today, and it is very important to work actively to strengthen the ties between them and their historical homeland. Many projects in this direction have already been implemented.

“Of course, we have our own difficulties, however, thanks to the clear position and assistance of the Abkhazfed (Federation of Abkhaz Cultural Centers, there are already 15 of them on the territory of the Turkish Republic - ed.), the World Abaza Congress, our friends in the Turkish Parliament, we work, implement projects, set new goals and achieve them,” says Kharazia.

Referring to the cooperation with the WAC and Abkhazfed, Kharazia also recalls that a summit meeting was recently held for the first time with Cavfed (Federation of Caucasian Cultural Centers - ed.). As part of this meeting, we managed to reach important agreements and discuss a plan for further cooperation. 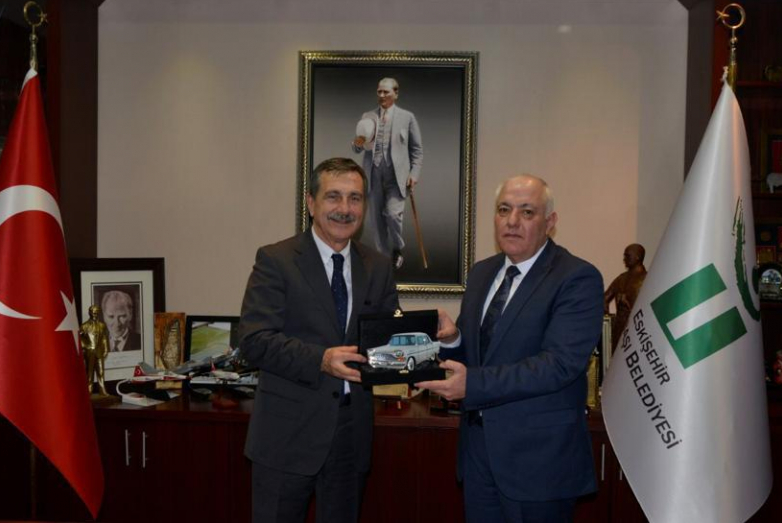 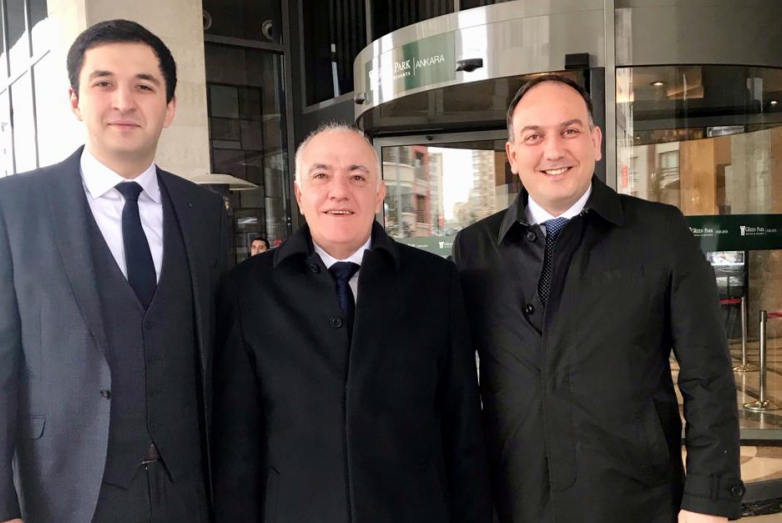 Speaking about the immediate plans and current tasks, Kharazia told about the project in the field of education. According to this project, high school graduates of Abkhazia can receive higher education at the Anatolian University, which is located in the city of Eskisehir (the largest university in Turkey and the fourth in the number of students in the world - ed.). According to the Plenipotentiary, the university management is ready to open its own branch in Abkhazia. This educational project was sent to the government of Abkhazia. It is under consideration and a response is expected in the near future. 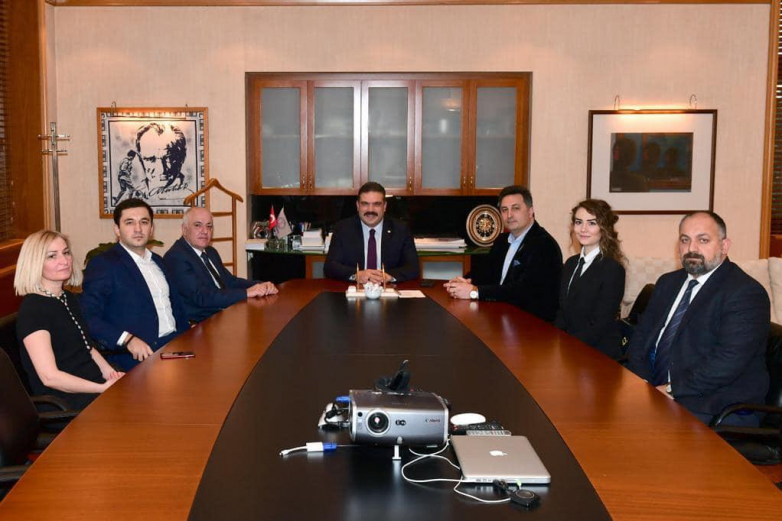 Vadim Kharazia at the meeting with the Rector of the Anatolian University, Shafak Ertan
© From the archive of Vadim Kharazia 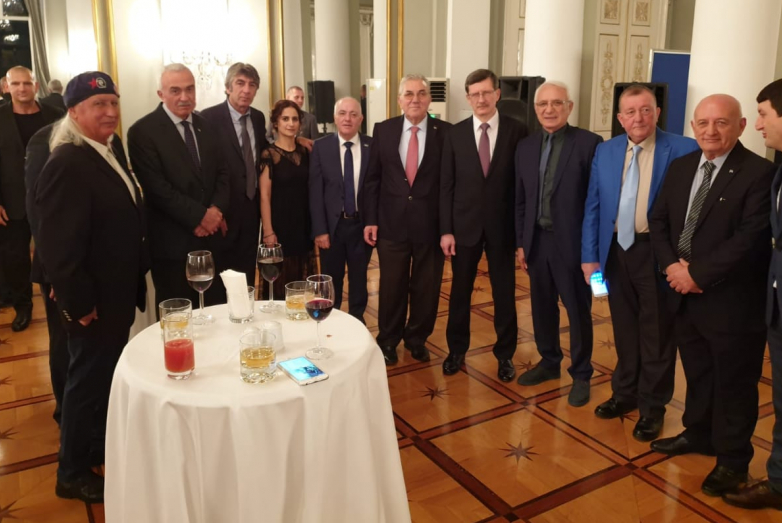 The Plenipotentiary Representative Office of Abkhazia in Turkey over the years of its work experienced many difficulties, especially in the early years, given the fact of its opening immediately after the Patriotic War of the people of Abkhazia in 1994. In spite of everything, it continues to daily implement the hopes and aspirations of the first President of Abkhazia, Vladislav Ardzinba, who was the main initiator of its creation on that cold March of 1994.

Vadim Kharazia Diaspora Turkish Inar Gitsba
To leave a comment you need
to login or register.
Share
No comments

Head of the Abkhazfed in Turkey Atanur Akusba: The question is about the preservation of the nation
Vadim Kharazia: the Abkhaz culture can be saved only with the help of the Diaspora
WAC and Abkhazfed discussed a joint work plan in Turkey
WAC, Abkhazfed and Kaffed summed up the results of working meetings in Turkey