WAC established the Council of the local branch in Ochamchira

The Council of the local branch of the WAC was established during a meeting of representatives of the World Abaza Congress with residents of the Ochamchira district.

Representatives of the World Abaza Congress held a meeting with residents of the Ochamchira district on Tuesday, February 5. Following the meeting, the Council of the local branch of the Congress was created, headed by Daur Tsvizhba, a resident of Ochamchira. 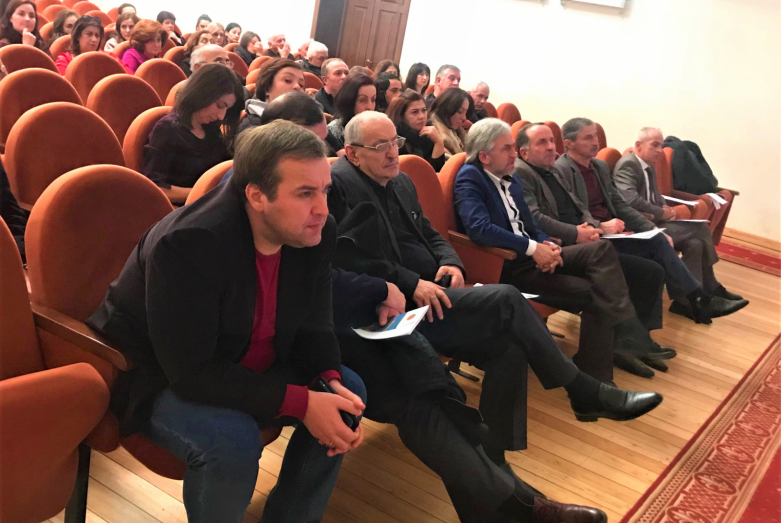 WAC established the Council of the local branch in Ochamchira
© WAC

The Executive Secretary of the WAC, Inar Gitsba told the meeting participants about the activities of the Congress and the nearest plans of the organization. He noted that one of the main goals of such meetings with activists of the districts of the republic is the creation of Councils of the local branch.

“We want to create a strong system connection so that the local people themselves come up with various initiatives to more effectively address the problems of the district. The councils of the local branch of the WAC have already been established in the Gal and Tkuarchal districts and have actively joined our activities,” said Gitsba.

Viacheslav Chirikba, a member of the Supreme Council of the WAC, told the Ochamchira residents about the importance of the work of the Congress, first of all, in the sphere of preserving and strengthening the Abkhaz-Abaza ethnos. 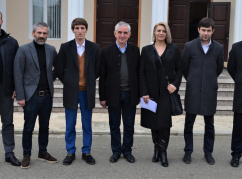 “For me personally, this is an opportunity to promote the unity of our people, because our huge Diaspora is scattered throughout the world. The main goal is to strengthen and preserve our ethnos in the face of globalization. I hope you will join the ranks of this most important organization, which unites representatives of the Abkhaz-Abaza ethnic group throughout the world,” added Chirikba.

A resident of Ochamchira, who was at the forefront of the creation of the International Association of the Abkhaz-Abaza (Abaza) people (the original name of the World Abaza Congress in 1992 - ed.), Apollon Dumaa also addressed the audience. He shared his memories of the first WAC congress in October 1992 in the village of Lykhny.

“Ochamchira district has been in contact with brothers from Abazashta for many years. We are a family. We maintained close contacts even before the war (the Patriotic War of the people of Abkhazia - ed.). I have often visited Cherkessk, where our brothers greeted us very warmly. I am sure that with the arrival of Mussa Ekzekov, the work of the Congress will be more effective,” he said.

Leaders of the Women's and Youth Councils of the Congress Geta Ardzinba and Levan Torchua, who spoke about the work of the Congress in their respective directions, also addressed the audience.

“Our first task for today is to create councils of local branches of the Congress in each region of Abkhazia for the formation of the so-called “road map”. This map will consist of specific social projects, formed on the basis of the needs and problems in each locality. Now our main goal is the search for human resources,” she said.

According to Ardzinba, one of the main tasks of the work of women's councils is to support and help women who are unsure of their abilities, who want to start their small production or another type of small business, but do not dare to take the first step.

“We want to help women earn and replenish their family budgets without leaving their hometown. We want to wake up the initiative of women in each of the regions of Abkhazia, instill confidence in their strength and capabilities,” she added.

Multilingual information portal of the Congress was presented at the meeting, which tells about the organization’s activities, the history and ethnography of the Abkhaz-Abaza people and prominent representatives of the ethnic group.

All those present were also offered to watch a documentary about the International Association “Alashara”, which is an unconditional partner of the World Abaza Congress. “Alashara” during five years of work is an example of active work in solving social issues of Abaza, achieved high results in the development of sports and culture among residents of Abaza villages, conducts comprehensive scientific work.

The meeting of representatives of the World Abaza Congress with the activists of the Ochamchira district is the third of the planned series of meetings with residents of towns and districts of the Republic of Abkhazia. Such meetings will be held in all districts of the country to attract new members to the Congress and actively include them in the activities of the organization. 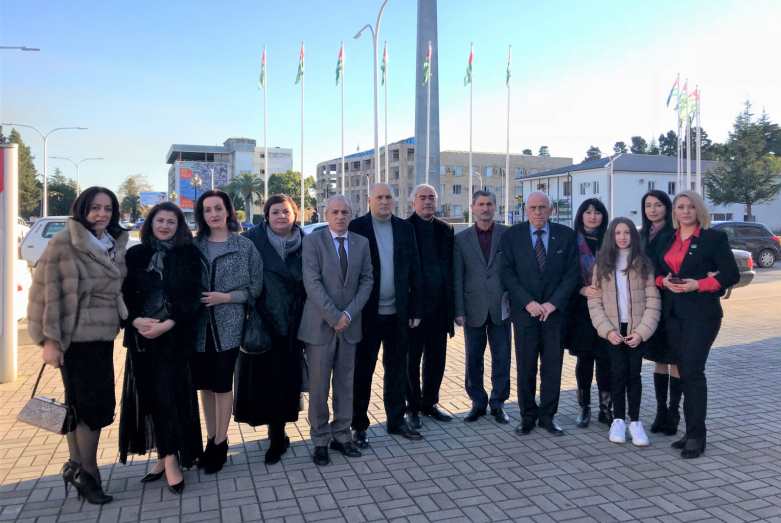 WAC established the Council of the local branch in Ochamchira
© WAC
WAC Ochamchira
To leave a comment you need
to login or register.
Share
No comments

All COVID-19 sick recovered in Abkhazia
From 21 to 30: We speak Abkhazian / We speak Abaza
WAC and a deputy of the Sukhum City Council organized a children's party in the capital

WAC and a deputy of the Sukhum City Council organized a children's party in the capital
All COVID-19 sick recovered in Abkhazia
The Tower of broken hearts: annual excavations of the Great Abkhaz Wall have been completed
Another meeting of the members of the Supreme Council of the Congress was held online
All publications